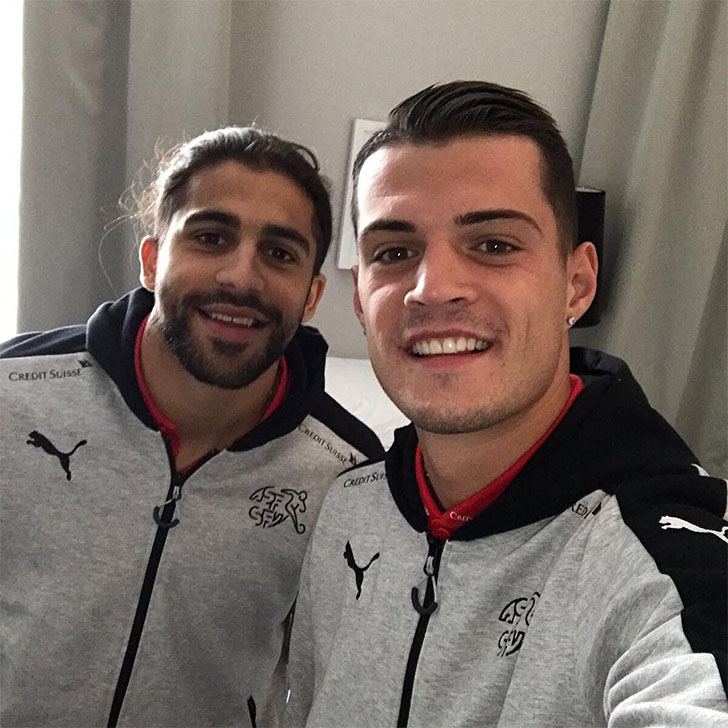 Granit Xhaka is hoping that Switzerland can record successive victories in their 2018 European qualifying campaign.

The Swiss were 3-2 winners against Hungary on Friday night after second-half substitute Valentin Stocker netted a late winner for the visitors in Budapest.

Wolfsburg defender Ricardo Rodriguez had earlier scored for the away side as the highly-rated full-back scored his first goal for the Swiss national team.

Xhaka wasn’t named in Switzerland’s squad for the 2018 World Cup qualifier but the Arsenal midfielder will travel to Andorra ahead of Monday night’s clash.

And the Arsenal summer signing posted the above photo on his Instagram page and wrote the following caption:

Xhaka moved to Arsenal in a £33m deal from Bundesliga club Borussia Monchengladbach at the start of the summer.

The defensive midfielder has scored two goals in the 2016-17 season so far after netting long-range strikes against Hull City and Nottingham Forest.

Arsenal are in third place in the Premier League table and two points behind current leaders Manchester City.