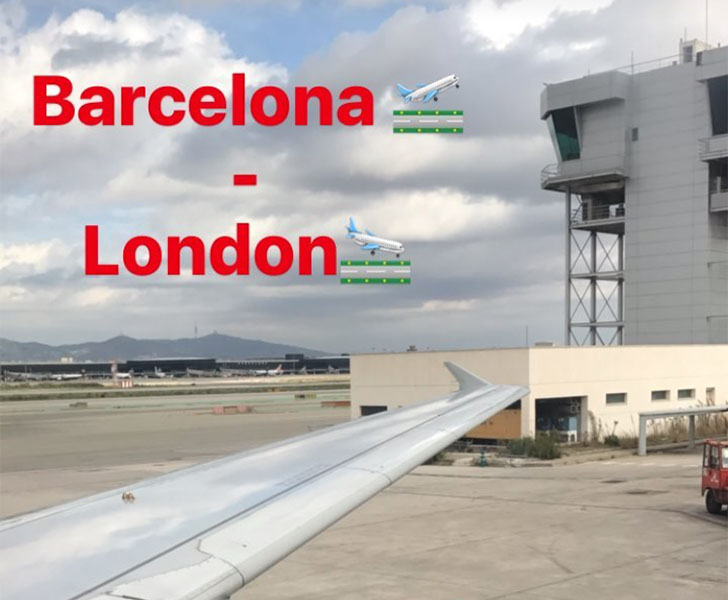 Granit Xhaka was preparing for his flight back to the English capital from Barcelona on Tuesday afternoon ahead of Arsenal’s clash against Swansea City.

The Gunners midfielder missed Switzerland’s thrilling 3-2 win against Hungary in Budapest on Friday night but started against Andorra on Monday night.

In fact, Xhaka had the honour of captaining the Switzerland national team for the first time as the Swiss eased to a 2-1 win against Andorra at Estadi Nacional.

The 23-year-old has enjoyed a memorable 2016 so far after Xhaka completed a £33m move to Arsenal from Bundesliga club Borussia Monchengladbach in May.

Xhaka opened his Gunners account in thrilling style thanks to a long-range strike in a 4-1 win against Hull City in the Premier League last month before the Swiss star netted another wonder goal at Nottingham Forest in the League Cup.

And Arsenal’s summer signing appeared to be pleased to be heading home to London on Tuesday afternoon as he posted the above photo on his Instagram story.

Arsenal are in third place in the Premier League table.