Photo: New Arsenal signing reveals how he likes to relax during downtime 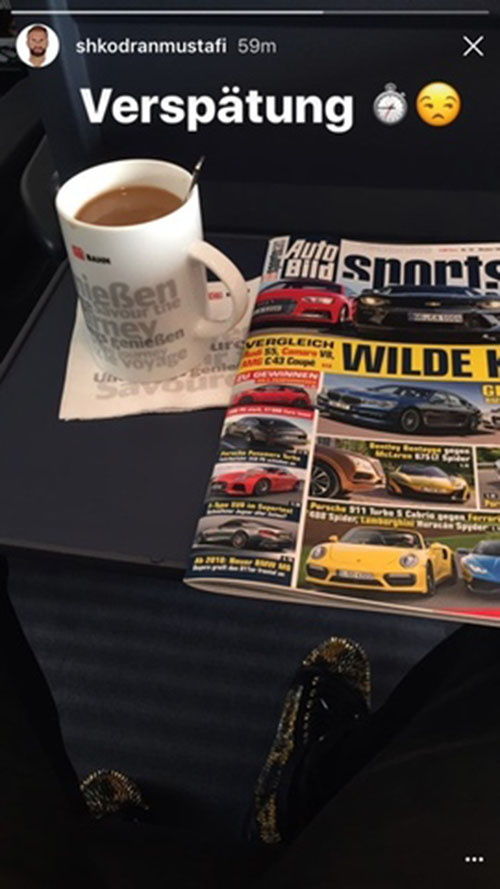 Shokodran Mustafi has switched his focus from Arsenal to Germany for the international break but it is cars that are catching the defender’s attention.

The 24-year-old was the last of Arsene Wenger’s five summer signings after the Gunners boss signed the versatile defender in a £35m deal from La Liga outfit Valencia.

Mustafi has already struck up a promising partnership with France international Laurent Koscielny and Arsene Wenger’s side have kept a clean sheet in their last four victories.

Unsurprisingly, the Arsenal summer signing’s performances have earned him a call-up to the Germany squad for their upcoming 2018 World Cup qualifiers against the Czech Republic and Northern Ireland.

And Mustafi posted the above photo on his Instagram story as the German defender took a break from football to enjoy a coffee and catch up on his cars.

Arsenal are in third place in the Premier League table behind leaders Manchester City and Tottenham Hotspur.

Jamie Redknapp: This is Tottenham’s most important player