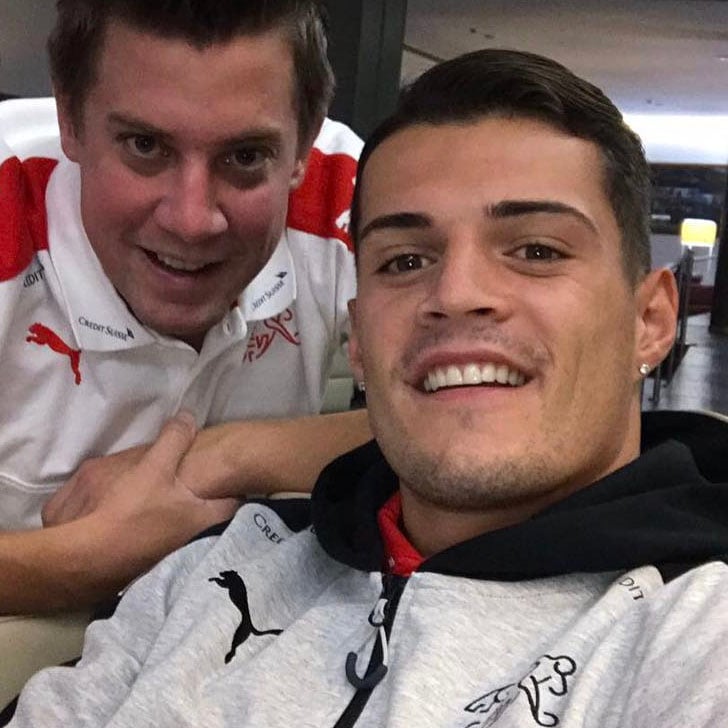 Granit Xhaka was getting ready to cheer on his brother Taulant on Sunday night.

The Arsenal midfielder is currently part of the Switzerland national team, although Xhaka missed Switzerland’s 3-2 win against Hungary in the 2018 World Cup qualifying campaign.

The 23-year-old’s older brother, however, is a member of Albania’s national squad after opting to represent the Eastern European nation despite playing for Swiss champions Basel.

And Xhaka, who also started his club career at the Swiss club, posted the above photo on his Instagram page ahead of Albania’s 2-0 loss to 2010 world champions Spain.

“👉Training is over. Ready for tomorrow v Andorra.  And tonight the other side of Xhaka!  Albania vs Spain Wish the best for you and the team brother! ⚓️#GX10”

Xhaka moved to Arsenal in a reported £33m deal from Bundesliga club Borussia Monchengladbach at the start of the summer.

The Swiss midfielder has scored two goals in six appearances in all competitions in the 2016-17 season so far.

Arsenal are in third place in the Premier League table after a 1-0 victory over promoted side Burnley at Turf Moor in their most-recent fixture.

The Gunners will host Welsh outfit Swansea City in their next top-flight game at the Emirates Stadium on Saturday afternoon.

Jamie Carragher: Why Liverpool will be confident of beating Man United