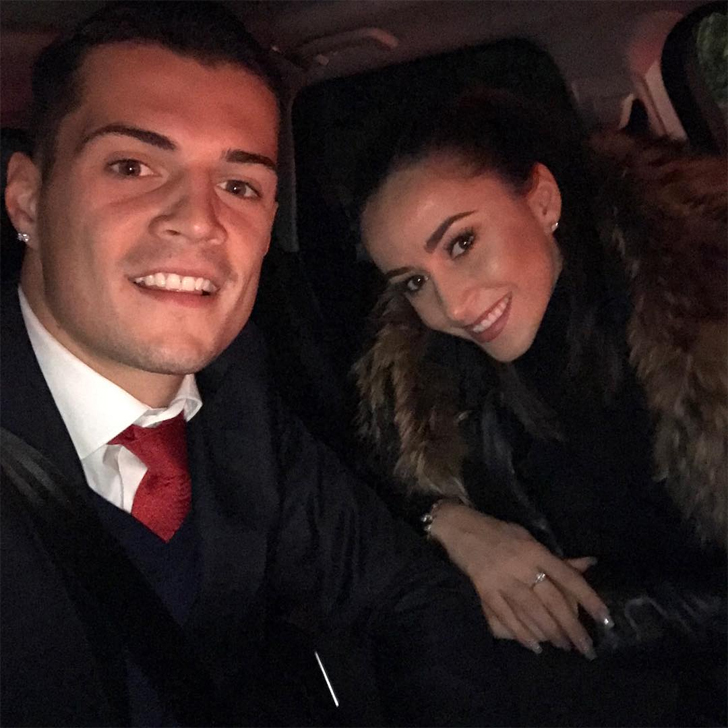 Granit Xhaka was looking forward to watching his Arsenal team-mates in the company of his stunning fiancee at The Emirates on Tuesday night.

The Switzerland international missed Arsenal’s goalless draw with Middlesbrough at the weekend due to a three-game suspension following his red card in the north London side’s 3-2 win against Swansea City.

Xhaka served the second game of his ban on Tuesday night as Arsenal eased to a 2-0 victory over Jaap Stam’s Reading thanks to goals from Alex Oxlade-Chamberlain’s goals either side of half-time.

And the Arsenal summer signing snapped a selfie ahead of the game with his beautiful fiancee Leonita as the pair headed to the Emirates Stadium for the fourth-round clash.

Xhaka posted the above selfie on his Instagram page and wrote the following caption:

“👉With my love on the way to the stadium for the match which leads us to the next round of the cup. 🏆#Arsenal ⚓#GX29#SlayTheNextGiant #UnderArmour”

Arsenal are in second place in the Premier League table but level on points with leaders Manchester City after nine games.

The Gunners will make the trip to the Premier League’s basement club Sunderland at the Stadium of Light on Saturday afternoon.