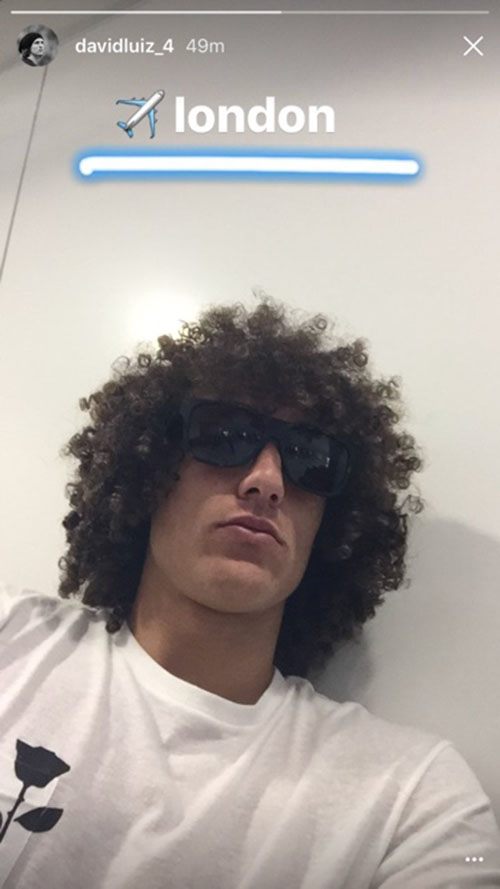 David Luiz appears to be loving life back in London despite Chelsea’s inconsistent Premier League form.

The Blues defender has experienced a tough few weeks since his return to the west London club in a £32m transfer from Ligue 1 champions Paris Saint-Germain on the final day of the summer transfer window.

Luiz made his second Chelsea debut in a 2-1 loss to top-four rivals Liverpool at Stamford Bridge before the Brazilian was unable to help Antonio Conte’s side as the Blues lost 3-0 to Arsenal at the Emirates Stadium.

The South American was finally able to revel in his first Premier League win since returning to Chelsea on Saturday afternoon as the west London side were 2-0 winners against Mike Phelan’s Hull side at the KCOM Stadium.

And that victory has appeared to put Luiz in a better mood after the Chelsea defender posted the above selfie on his Instagram story.

The Blues are in seventh place in the Premier League table ahead of their next home game against Leicester City.

Chris Sutton: Why I worry about new Tottenham signing