Photo: New Liverpool signing lifts the lid on recovery ahead of Palace trip 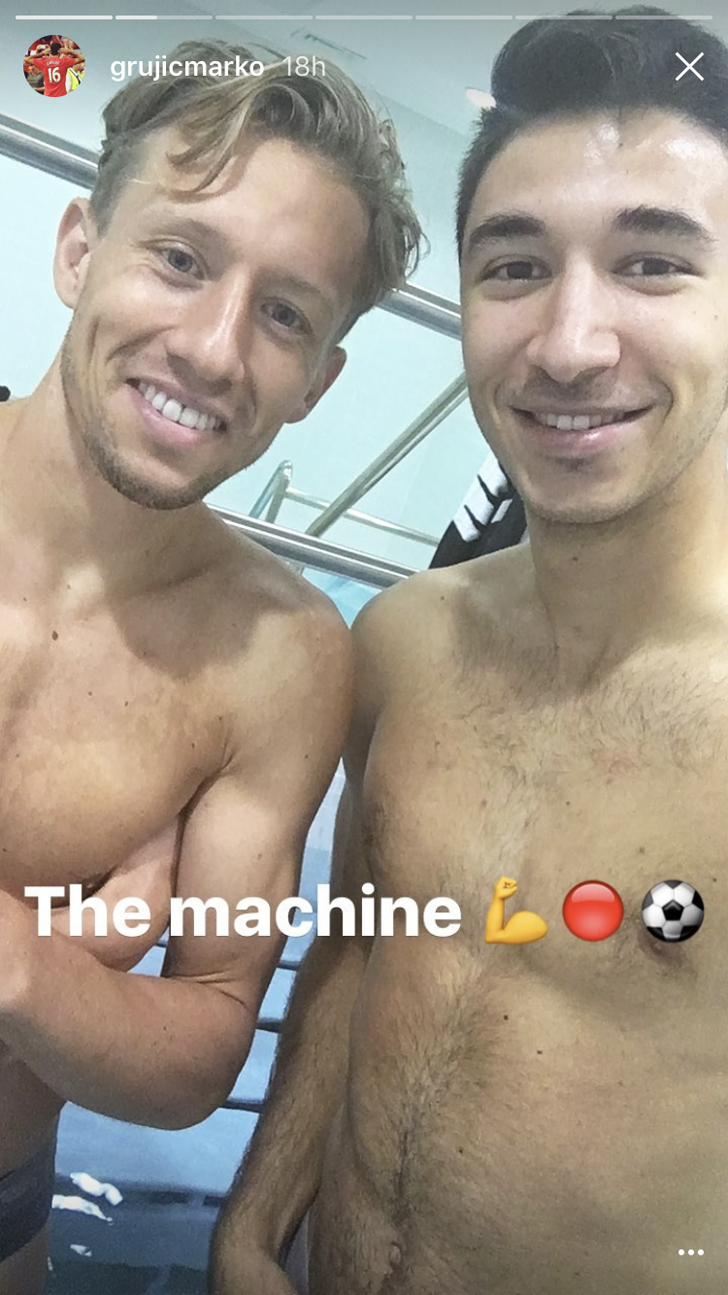 Marko Grujic and Lucas Leiva braved “the machine” on Wednesday less than 24 hours after Liverpool’s 2-1 win against Tottenham Hotspur.

The Liverpool duo started the League Cup fourth-round clash at Anfield as Daniel Sturridge’s goals either side of half-time against Spurs.

Grujic and Lucas are unlikely to be involved from the start on Saturday evening when Jurgen Klopp’s side take on Crystal Palace at Selhurst Park.

The Serbian playmaker moved to Liverpool in the summer after the Merseyside club agreed a deal with Red Star Belgrade in January.

Grujic has been limited to two substitute appearances in the Premier League so far but has started all three of their League Cup outings.

And the pair snapped a selfie from inside “the machine” which Grujic posted on his Instagram story as Liverpool gear up for their trip to the English capital.

Liverpool are in third place in the Premier League table but level on points with leaders Manchester City.

The Reds are unbeaten since a 2-0 defeat by Burnley in their second game of the Premier League season.

Photos: Liverpool signing all smiles with Emre Can, Sadio Mane ahead of Palace trip