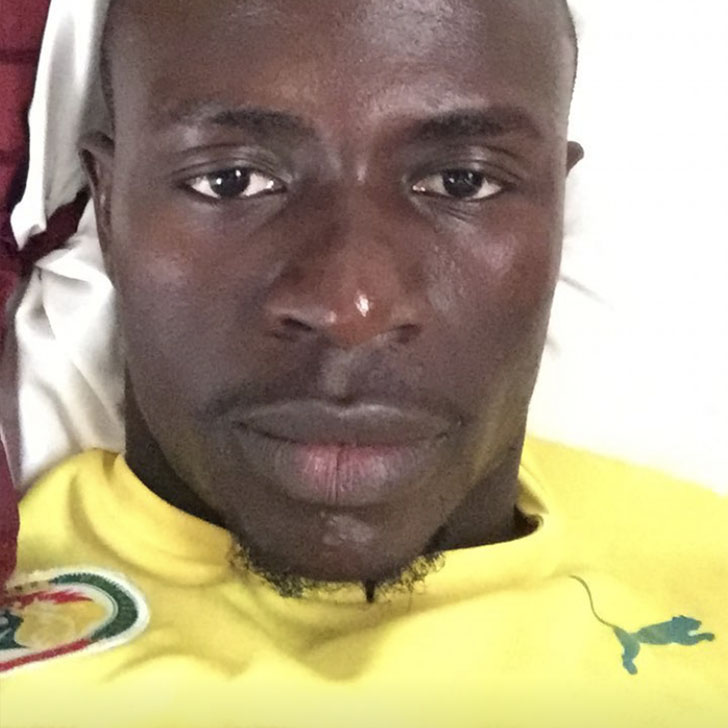 Sadio Mane looked pretty glum on international duty as the Liverpool forward shared a picture of himself relaxing on social media ahead of Senegal’s clash against Cape Verde Islands on Saturday night.

The 24-year-old has been one of Jurgen Klopp’s best players in the 2016-17 Premier League campaign after a return of three goals and one assist in six top-flight appearances so far.

Mane moved to Liverpool in a reported £30m deal from their Premier League rivals Southampton in the summer transfer window as Klopp bolstered his attacking options at the 18-time English champions.

The Reds winger suffered an injury scare in September as the summer signing helped the Senegal national team ease to a 2-0 victory over Burundi in their 2018 World Cup qualifying campaign.

And Liverpool supporters will be keeping a close eye on Mane during the international break ahead of their next Premier League clash against Manchester United on Monday 17 October.

Mane posted the above photo on his Instagram story on Saturday morning ahead of Senegal’s clash against Cape Verde Islands.

Liverpool are in fourth place in the Premier League table after seven games of the new campaign.

Micky Quinn: Why Chelsea striker looks so good this season