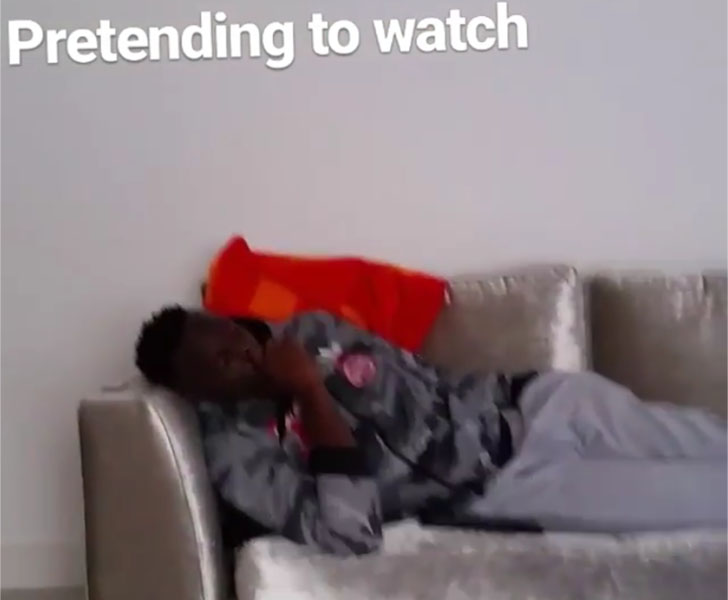 Mousa Dembele caught Victor Wanyama trying to have a sneaky power nap despite the Tottenham Hotspur pair settling down to watch a movie together.

The Kenya international has been deputising for Dembele for most of the 2016-17 season so far after the Belgium star served his six-game FA suspension.

Wanyama moved to Tottenham in a £11m deal from their Premier League rivals Southampton in the summer transfer window.

The 25-year-old scored his first Spurs goal in their second game of the season after the defensive midfielder netted a late winner in a 1-0 win against Crystal Palace at White Hart Lane.

The summer signing should be able to extend his run in Mauricio Pochettino’s first-team after Dembele picked up a knock in their 1-0 win against Sunderland in September.

However, Dembele and Wanyama looked have struck up a friendship despite being rivals for a place in Pochettino’s starting line-up – that was until the Belgian’s cheeky post on his Instagram story at the weekend.

Dembele filmed the Kenya international having a cheeky nap on the couch as the pair settled down to watch a movie.

Tottenham will make the trip to West Brom in their next game on Saturday 15 October.