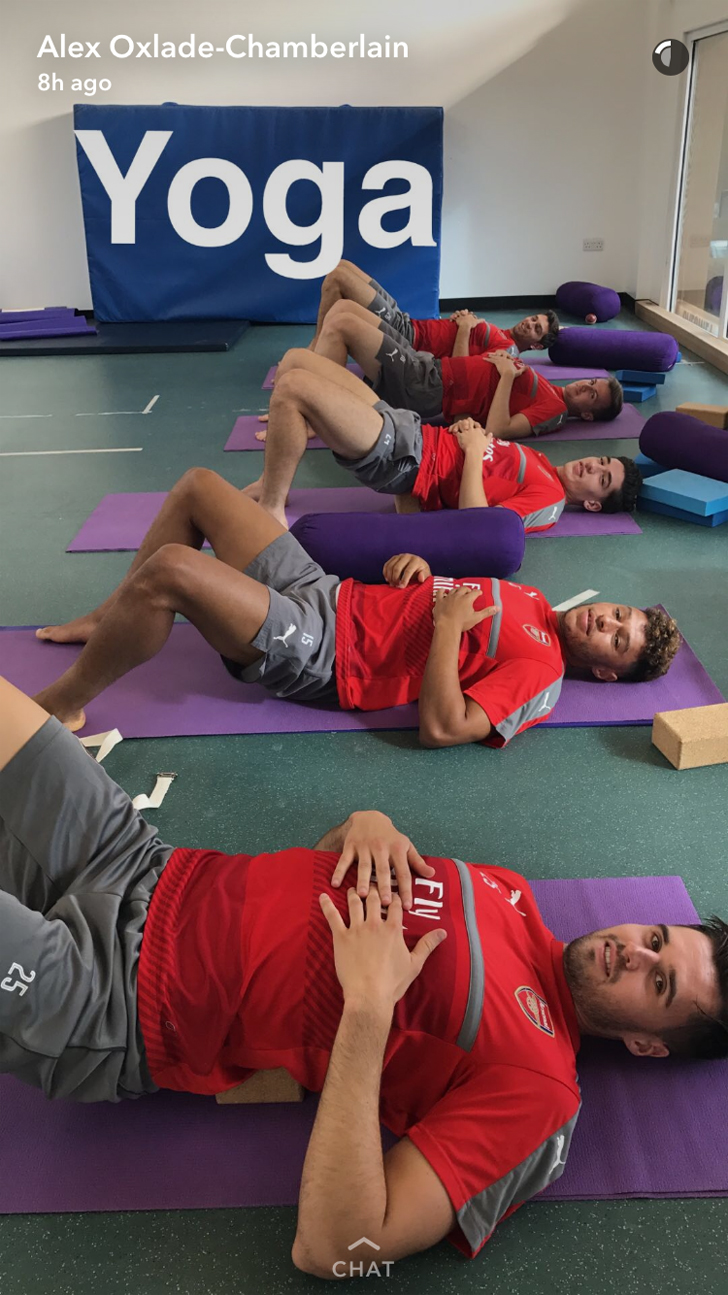 Alex Oxlade-Chamberlain joined Hector Bellerin and his Arsenal team-mates for a yoga session on Thursday afternoon ahead of the visit of Middlesbrough this weekend.

The Gunners had a relatively straightforward Champions League evening on Wednesday after Arsenal were 6-0 winners against Bulgarian side Ludogorets courtesy of Mesut Ozil’s hat-trick.

Oxlade-Chamberlain made a rare start for Arsene Wenger’s side and the England international rewarded the manager’s faith with a first-half goal in the landslide win.

While Arsenal didn’t have a particularly tough 90 minutes in Europe’s premier club competition, Oxlade-Chamberlain and Bellerin looked to relax with a spot of yoga.

The England midfielder posted the above photo on his Instagram story as Oxlade-Chamberlain gave Arsenal supporters an insight into life at the north London side’s training ground.

Wenger’s side will host promoted side Middlesbrough at the Emirates Stadium on Saturday afternoon as the Gunners look to record a seventh successive Premier League victory.

Arsenal are in second place and level on points with leaders Manchester City.