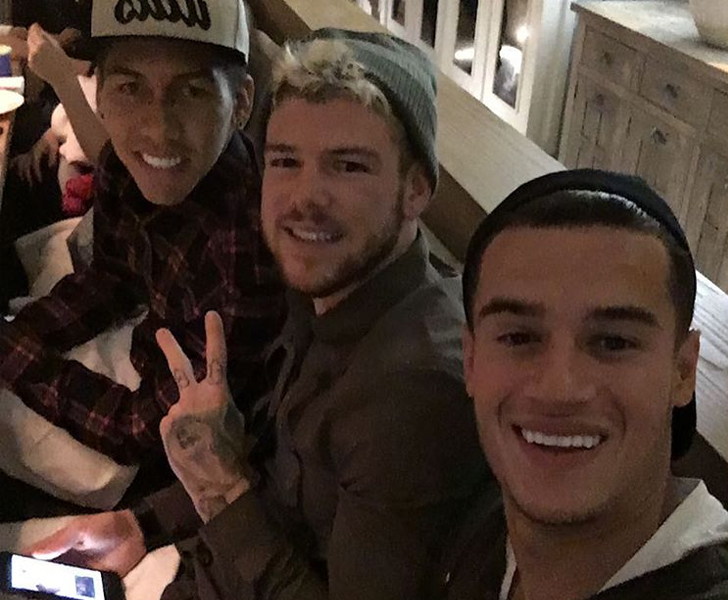 Philippe Coutinho relaxed with his Liverpool team-mates Roberto Firmino and Alberto Moreno ahead of their trip to Crystal Palace on Saturday evening.

The Reds have enjoyed a good seven days which started with Coutinho scoring in a 2-1 win against West Bromwich Albion at Anfield last weekend.

Moreno helped Jurgen Klopp’s second-string side ease to a 2-1 victory over Tottenham Hotspur in the fourth round of the League Cup on Tuesday night.

Coutinho and Firmino were afforded the chance to put their feet up for the EFL Cup clash but could feature in their quarter-final trip to Leeds United.

And the Liverpool trio appeared to be in high spirits as they made the most of some downtime away from the football pitch.

Coutinho posted the above selfie on his Instagram page on Wednesday night with his two team-mates.

Liverpool are in third place in the Premier League table but level on points with leaders Manchester City.

Jose Mourinho: What impressed me about Man United trio