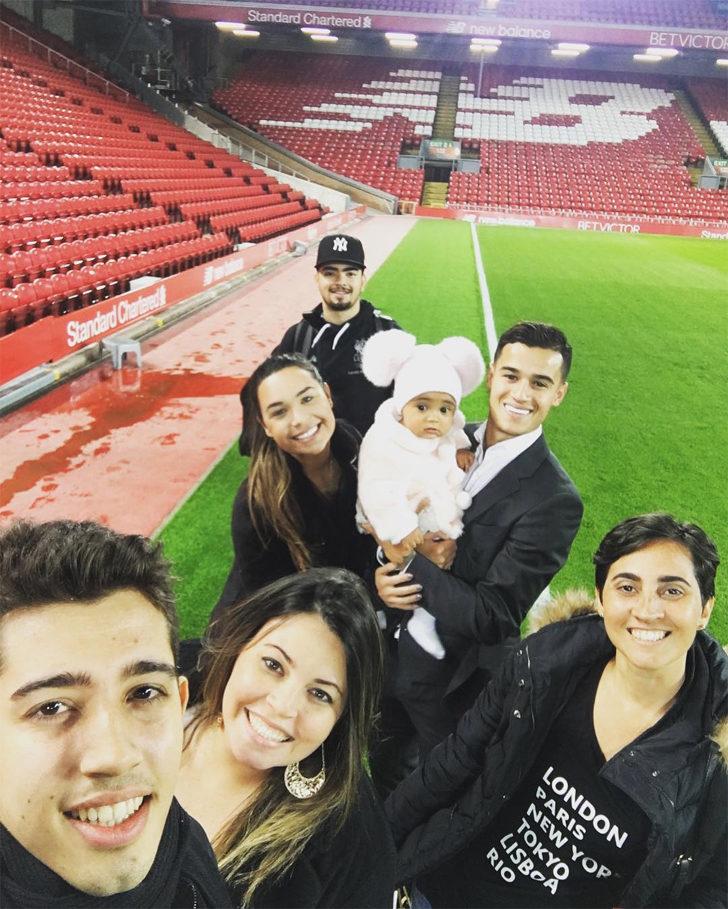 Philippe Coutinho was all smiles with his wife and friends at Anfield after Liverpool’s 2-1 win over West Brom on Saturday evening.

The Brazil international scored his fourth Premier League goal of the season after Sadio Mane had broken the deadlock with a superb volley.

Jurgen Klopp’s side are in third place in the table and trail leaders Manchester City on goal difference after nine Premier League games.

Coutinho has enjoyed a brilliant season so far after a return of four goals and two assists in nine appearances.

And the Liverpool number 10 was all smiles with his wife Aine and their daughter at Anfield on Saturday night.

The Brazilian’s partner posted the above selfie on her Instagram page.

Coutinho will be hoping to continue his excellent goal-scoring record next weekend when Klopp’s side make the trip to Crystal Palace.

Liverpool finished in eighth place in the Premier League table last season after the former Borussia Dortmund manager took over the reins in October 2015.