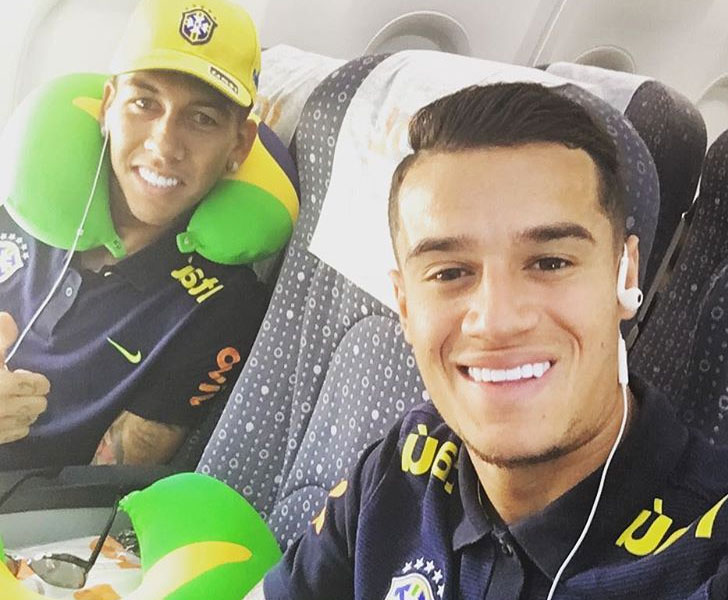 Philippe Coutinho and Roberto Firmino were all smiles as the Brazil squad headed to Venezuela.

The Liverpool playmakers have enjoyed a fruitful international break so far after Coutinho and Firmino both got on the score sheet in a 5-0 win against Bolivia on Friday night.

Brazil manager Tete will be hoping that Coutinho and Firmino can continue their prolific form against Venezuela in their next 2018 World Cup clash on Wednesday night.

Liverpool will be hoping that the Brazilian forwards return to Merseyside unscathed ahead of the visit of bitter rivals Manchester United at Anfield on Monday night.

And Coutinho posted the above photo on his Instagram page with his Liverpool team-mate Firmino as the pair readied themselves for Brazil’s trip to their South American neighbours.

Liverpool are in fourth place in the Premier League table and two points behind current leaders Manchester City.

The 18-time English champions have won five of their seven Premier League games in the 2016-17 season so far.