The Liverpool midfielder snaps a selfie on Brazil duty 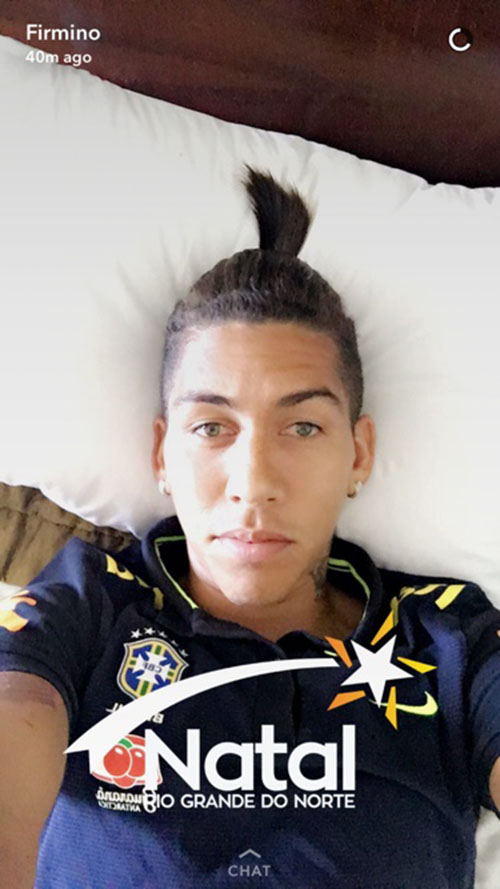 Roberto Firmino appeared to be enjoying his recall to the Brazil squad following an impressive couple of months in the Liverpool team.

The 25-year-old has scored three goals in seven Premier League games in the 2016-17 season so far as Jurgen Klopp’s side continue to be talked up as Premier League title contenders.

The South American played a vital role in Liverpool’s 2-1 win against Swansea City at the Liberty Stadium on Saturday afternoon as Klopp’s signed off with three points ahead of the international break.

However, the £29m signing has now switched his attention to Brazil after being recalled to the national team’s squad.

Firmino posted the above selfie on his Snapchat story (@Firmino) as he prepared to head to bed on Tuesday night.

Chris Sutton: Why I worry about new Tottenham signing