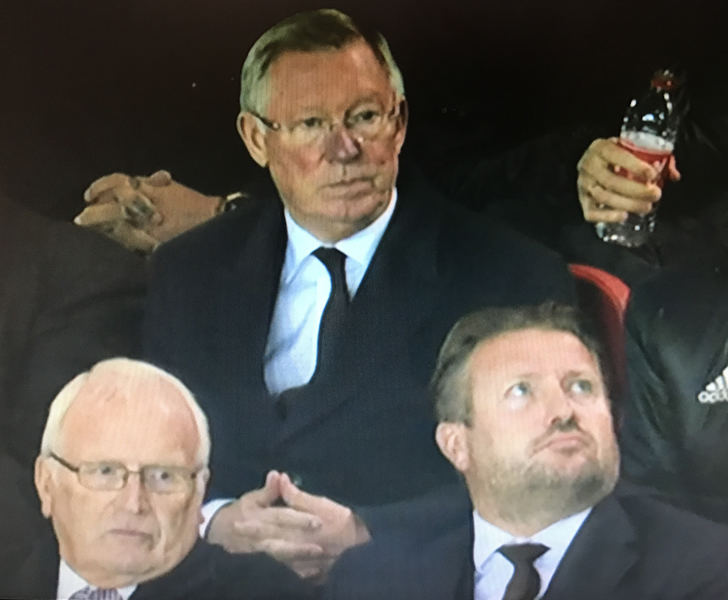 Sir Alex Ferguson did not look to be very entertained as Manchester United managed to contain Liverpool to earn a goalless draw in the Premier League on Monday night.

Chances were few and far between at Anfield as Jose Mourinho’s men adopted a defensive approach to the Reds at bay on Merseyside.

Emre Can’s low shot and Philippe Coutinho’s long-range effort were the best chances for the home side but Jurgen Klopp’s men were not able to find a way through.

Former United boss Ferguson was in the stands to watch the Red Devils in action – but as the photo above shows, he did not look particularly enthused by what he was seeing.

The draw left Manchester United in seventh place in the Premier League table and five points behind leaders Manchester City.

Liverpool, meanwhile, are fourth and two points behind Pep Guardiola’s pace-setters in the top flight.

United take on Chelsea in the Premier League at Stamford Bridge on Sunday afternoon in their next game.