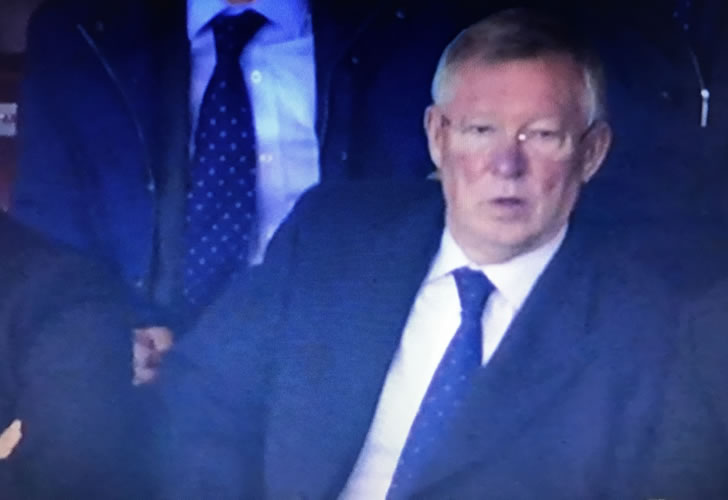 Sir Alex Ferguson looked to be enjoying himself as he watched Manchester United claim a 1-0 victory over Manchester City to book their place in the quarter-finals of the EFL Cup on Wednesday night.

The former United boss was in the stands at Old Trafford to watch Jose Mourinho’s men in action against their bitter local rivals.

Juan Mata ended up scoring the only goal of the game mid-way through the second half when he drilled home Zlatan Ibrahimovic’s cross to fire the home side into the lead.

The Red Devils then played out the game to claim a narrow win over Pep Guardiola’s men and gain revenge for their 2-1 loss to City in the Premier League earlier in the season.

Ferguson will have gone home a happy man after seeing Mourinho’s men bounce back from their 4-0 thrashing at Chelsea in the Premier League last weekend.

United now turn their attentions back to the top flight and their home clash against Burnley at Old Trafford on Saturday afternoon.