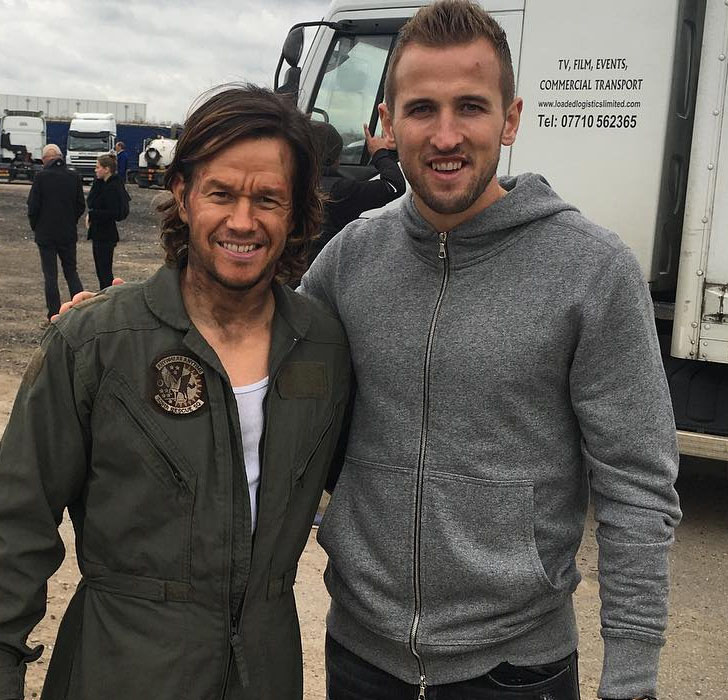 Harry Kane brushed shoulders with one of Hollywood’s biggest names on Friday afternoon.

The Tottenham Hotspur striker isn’t away on England duty during the international break as the 23-year-old continues to recover from an ankle injury.

Kane picked up the knock after netting Tottenham’s winner in a 1-0 victory over Sunderland at White Hart Lane last month and the England star isn’t expected to return until November.

However, the Spurs centre-forward’s injury does have its benefits after Kane had the chance to meet Transfomers actor Wahlberg on Friday afternoon.

Kane posted the above photo on his Instagram page and wrote the following caption:

“Great to meet you @markwahlberg Looking forward to seeing the finished film! #transformers”

The England international had scored two goals and had made one assist in five Premier League games before his injury blow.

Tottenham didn’t miss Kane on Sunday afternoon after the north London side edged to a 2-0 victory over Premier League leaders Manchester City at White Hart Lane.

Mauricio Pochettino’s side are a point behind Pep Guardiola’s City side.