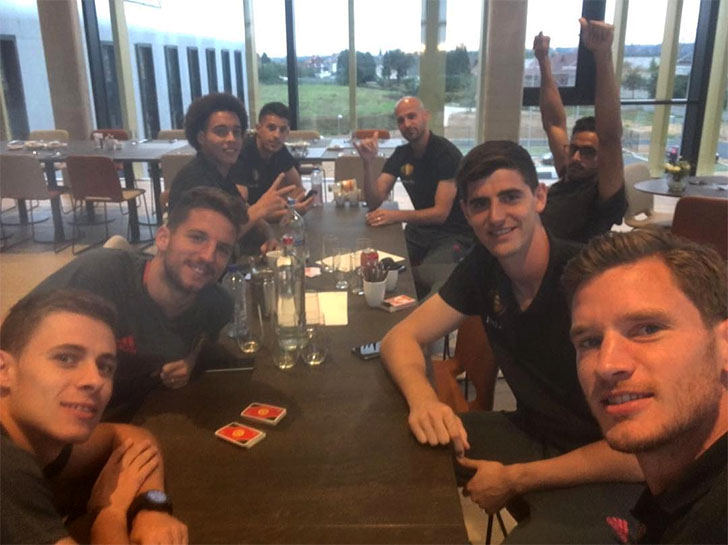 The Belgium squad get stuck into a game of cards Photo: Jan Vertonghen/Instagram

Jan Vertonghen was feeling confident about his chances of winning a cards game amongst the Belgium squad on Thursday afternoon.

The Tottenham Hotspur defender has been in good form in recent weeks alongside his compatriot Toby Alderweireld at the heart of Mauricio Pochettino’s Lilywhites defence.

Remarkably, the north London side have only conceded three times in seven Premier League games so far – Ross Barkley, James Milner and Ben Gibson are the only players to score against Spurs.

Vertonghen and his Tottenham team-mates will face West Bromwich Albion in their next Premier League game at The Hawthorns on Saturday 15 October.

But for now, the Tottenham centre-half had cards on his mind as Vertonghen looked to take on West Brom forward Nacer Chadli, Everton midfielder Kevin Mirallas, Chelsea goalkeeper Thibaut Courtois and Borussia Monchengladbach forward Thorgan Hazard in a game of cards.

Vertonghen posted the above photo on his Instagram page and wrote the following caption:

“About to beat the lads at cards ”

Chadli will face Tottenham for the first time since his summer move to West Brom in the Premier League next week.