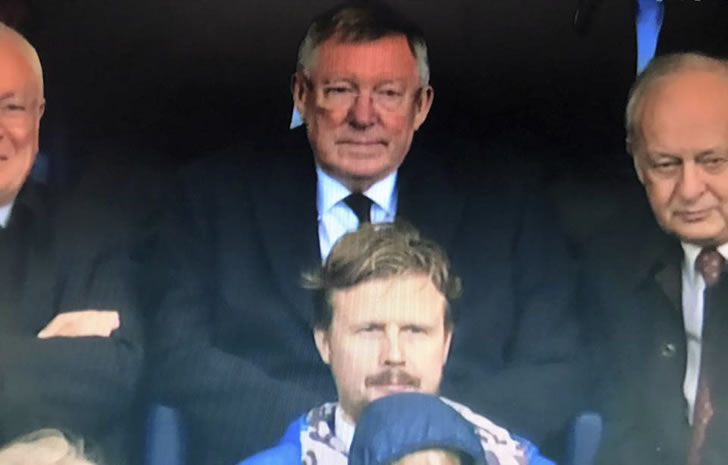 Sir Alex Ferguson did not look too impressed with what he was seeing after he was pictured at Stamford Bridge during the first half of Manchester United’s 4-0 loss to Chelsea.

The Blues raced into a 1-0 lead on Jose Mourinho’s return to Stamford Bridge when Pedro Rodriguez raced past the United defence, rounded David De Gea and slotted home.

The home side then went 2-0 up when Gary Cahill fired home from close range to put Antonio Conte’s men in control against the west London side.

Former United boss Ferguson was pictured in the stands during the first half at Stamford Bridge and the Scot did not look to be very impressed with the Red Devils’ first-half performance.

Matters got worse in the second half when Belgium forward Eden Hazard and summer signing N’Golo Kante extended Chelsea’s lead to four goals.

Manchester United must now dust themselves down as they prepare for their League Cup showdown with Manchester City in the fourth round next week. 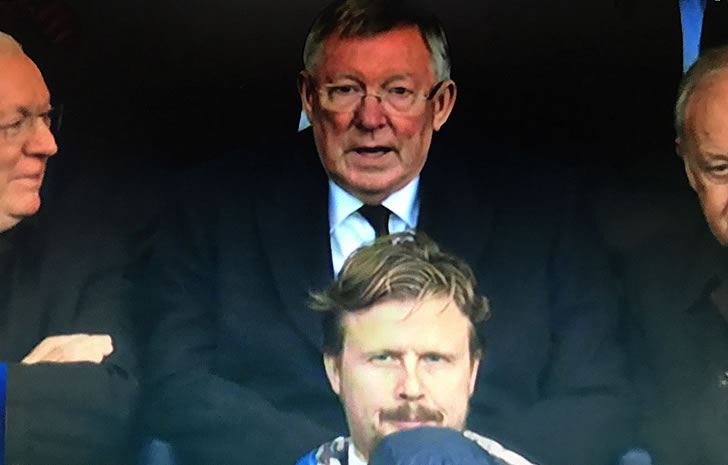