Race is on in Shanghai for Nadal, Berdych and fresh blood Goffin and Kyrgios 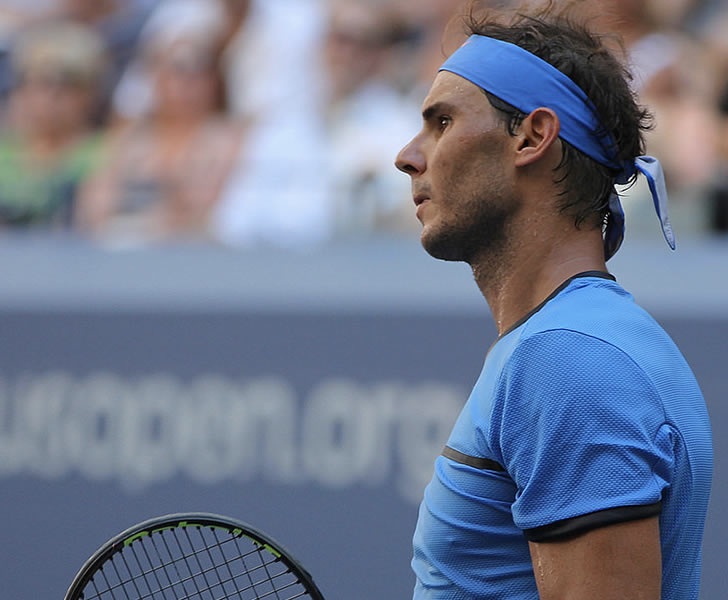 The Shanghai Rolex Masters very quickly established itself as one of the finest tennis venues in the world after hosting the Masters Cup until 2008. Five times in a row, it won the players’ award as Masters tournament of the year, but the event that marks the climax of the Asian swing is not only popular but is vital to those with ambitions for year-end glory.

Djokovic and Murray race to end of the year

World No1 Novak Djokovic and No2 Andy Murray qualified for the World Tour Finals in London long ago, but they are now locked in a race of their own for one of the biggest prizes in tennis: the No1 ranking.

At the start of the 2016, Murray’s chances of catching Djokovic, who has been at the top since July 2014, looked negligible. The Serb sat atop the rankings with almost twice as many points as Murray, and began the year in the same dominant form with which he had ended 2015. But the clay season showed that, even if the two men were not level on points, they were close in form.

Not that the Briton earned any points in Rio, but now he began to profit from the extraordinary run Djokovic had this time last year from the US Open to the season’s climax at the World Tour Finals: Titles in New York, Beijing, Shanghai, Paris and London.

When Djokovic pulled out of Beijing with a lingering injury, therefore, Murray stole a march by taking the title instead, and he now trails the Serb by just 1,555 points, winnable from the two Masters and one 500 tournament on his schedule, not to mention the big points on offer at the World Tour Finals.

The first of those Masters in Shanghai, where Djokovic is defending champion, can thus make a substantial difference. But despite playing his first match since the final in New York, Djokovic got off to a flier against the floundering Fabio Fognini, ranked 50. Three-time champion Djokovic advanced to the third round, 6-3, 6-3, to claim a 39th win from his last 40 matches in Asia.

Race to London: the old campaigners

Rafael Nadal has qualified for the World Tour Finals every year since 2005, has made the final twice and the semis three times, but this remains the title to elude the man who has won tennis’s other biggest trophies.

He has 28 Masters titles, too, but Shanghai—along with Paris at the end of the month—has also escaped him, though he reached the final in the first playing of the Shanghai Rolex Masters in 2009.

It is unusual to reach this stage of the year without Nadal having assured his place, but after winning Monte-Carlo and Barcelona, things got tough for the Spaniard, culminating in withdrawal after the second round at Roland Garros with a wrist injury. A run to the semis in Rio on his return, though a boost to his confidence, yielded no points, and relatively early exits in Cincinnati, the US Open and Beijing mean he is still at No7 in the Race with only four places left.

His draw is not helped by falling into Djokovic’s half with the likes of in-form Sascha Zverev, Nick Kyrgios and Grigor Dimitrov. Nadal was hugely disappointed with his performance against Dimitrov in Beijing, but is at least helped by the absence of fellow top-eight men Kei Nishikori and Dominic Thiem with injury this week.

Tomas Berdych is fewer than 400 points behind Thiem at No9 after missing the US Open with appendicitis, and while the Czech won his first title of the year in Shenzhen, but lost his opener in Tokyo last week. He is aiming to qualify for London for the seventh year in a row, but could meet Kyrgios in the third round, and the Australian beat him in the two most recent of their three meetings this year.

Marin Cilic, in 10th place, has only once qualified for London, and did not make it past the round robin stage in 2014. In a year of peaks and troughs, however, the Croat upped his chances by winning his first Masters in Cincinnati and making the semis in Tokyo last week. But here, despite some fine tennis, he lost in three sets to Zverev.

The teenager superstar next takes on another man chasing London qualification after an injury-blighted year, No15 in the Race [No14 with the absence of Roger Federer], Jo-Wilfried Tsonga. The 31-year-old Frenchman has made the Finals three times, and ran to the title match in 2011. In Shanghai, he has made a strong start with wins over Florian Mayer and Janko Tipsarevic, but now has to negotiate Zverev to keep his campaign alive.

It is unlikely that the charismatic German Zverev will make London this year, though his rush up the rankings sees him unexpectedly close at No18 after winning his first title in St Petersburg last month. However he could well upset the ambitions of many who are in contention.

The 19-year-old Zverev, won that first title from his third final of the year by beating Berdych and Stan Wawrinka. And he it is who has undermined Cilic’s campaign with a fine comeback win to reach the third round in his first Shanghai.

He may yet disrupt Tsonga’s chances, too, and beyond that Nadal’s. He did, after all, hold match point against the Spaniard in Indian Wells this year.

But while Zverev may not make London this time, he is on course to be the first teenager to end the year inside the top 20 since Djokovic and Murray in 2006.

A new name far more likely to appear in London is 21-year-old Kyrgios, fresh from winning his first 500 event in Tokyo to add to his two other titles this year. He is currently No12 in the Race, and victory in Shanghai would see him break into the elite eight. He is in Djokovic’s quarter, but then he has already totted up some big-name wins this year, and his confidence and form are on the rise.

Just above him is 25-year-old David Goffin, who after a disappointing North America swing, has regained his nimble form in Asia. He was the losing finalist to Kyrgios in Tokyo last week, but beat Cilic there, and he took out the formidable Juan Martin del Potro in a tough opening round draw. Goffin does, though, sit in tough quarter with Benoit Paire, then Gael Monfils—himself after his first World Tour Finals place at No6—and Murray.

More fresh blood on the periphery of qualification include No15 [No14] Dimitrov, who his finding some great form this autumn, and put out Richard Gasquet in his opening Shanghai match. One spot above the Bulgarian is 22-year-old Lucas Pouille, who won his maiden title in Metz last month, and beat Fernando Verdasco to set a winnable meet with Nicolas Almagro.

Race to the ATP World Tour Finals in London