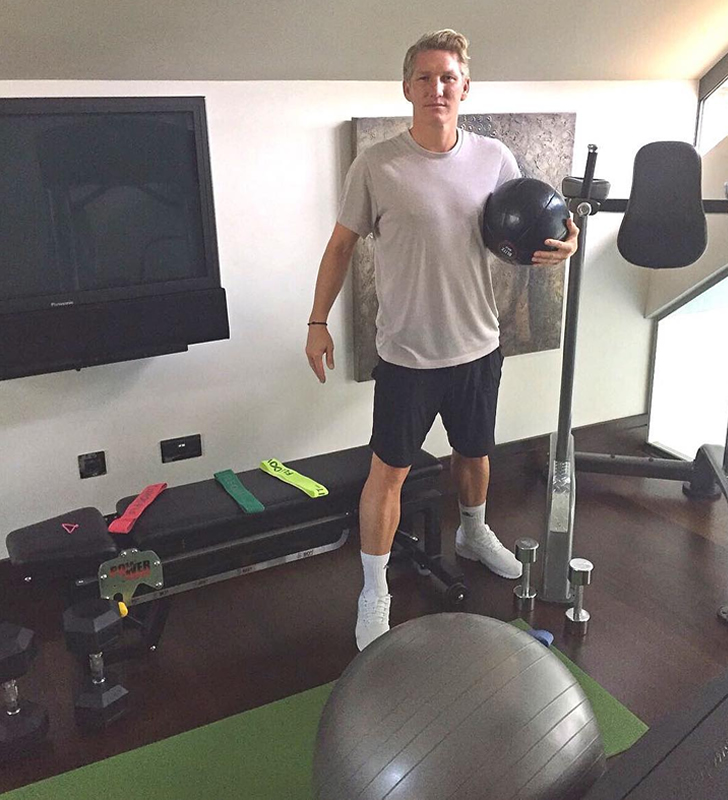 Bastian Schweinsteiger has taken to social media to reveal that he is continuing to work hard on his fitness despite being frozen out by Jose Mourinho at Manchester United.

The retired Germany international has not featured for the Red Devils at all this season following Mourinho’s appointment at Louis van Gaal’s successor at Old Trafford back in May.

However, despite his absence from the United team, the veteran midfielder has been staying positive with his posts on social media as he continues to try and force his way into the first team.

The 32-year-old was working hard alone in the gym last week in the build up to Monday’s crunch Premier League clash against Liverpool at Anfield.

Schweinsteiger shared the snap on the app and wrote: “Done for today 👍🏼”

Manchester United head into Monday’s clash with Liverpool in sixth place in the Premier League table after their 1-1 draw with Stoke before the international break.