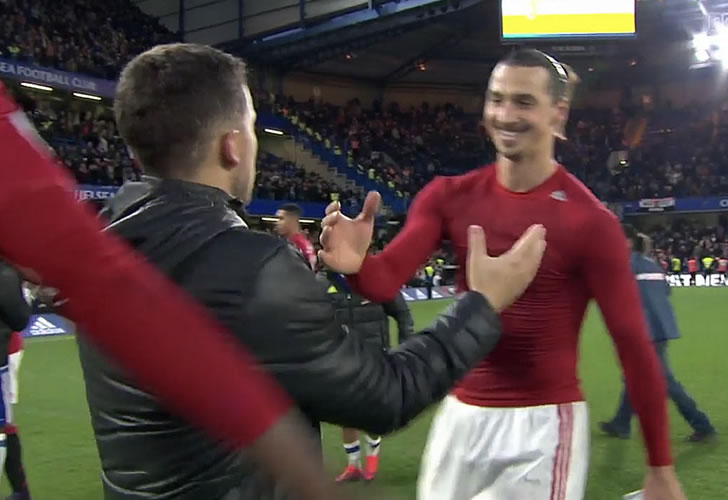 Zlatan Ibrahimovic looked to be in good spirits despite Manchester United’s 4-0 thrashing at the hands of Chelsea at Stamford Bridge on Sunday afternoon, as the striker was seen smiling and chatting with Eden Hazard.

It turned out to be an afternoon to forget for Jose Mourinho and his Manchester United side following his return to Stamford Bridge for the first time since his sacking by Chelsea back in December of last year.

United fell behind within one minute when Pedro Rodriguez rounded David De Gea and slotted home, before Gary Cahill made it 2-0 before half-time.

Hazard then added a third after the break, before summer signing N’Golo Kante made it 4-0 in the second half to complete the rout.

It was a disastrous afternoon for United at Stamford Bridge and the result left them six points off top spot in the Premier League.

However, Ibrahimovic did not look to be too downbeat as he beamed at Hazard after the final whistle in west London. 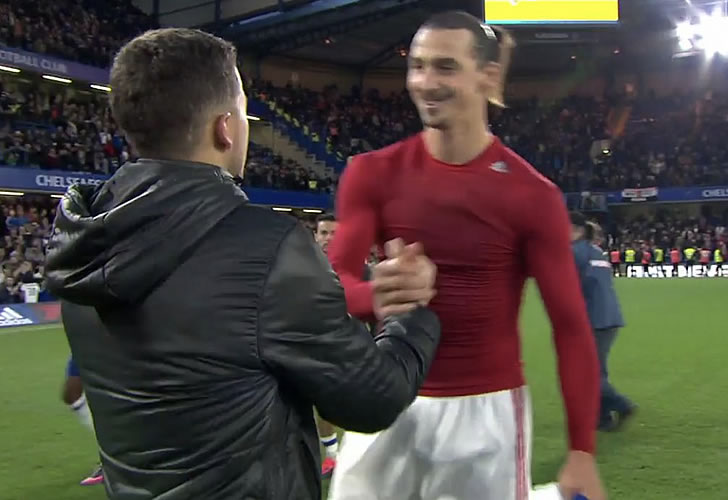 Manchester United take on Manchester City in the fourth round of the League Cup on Wednesday night.

Danny Murphy: How Liverpool star has improved under Jurgen Klopp