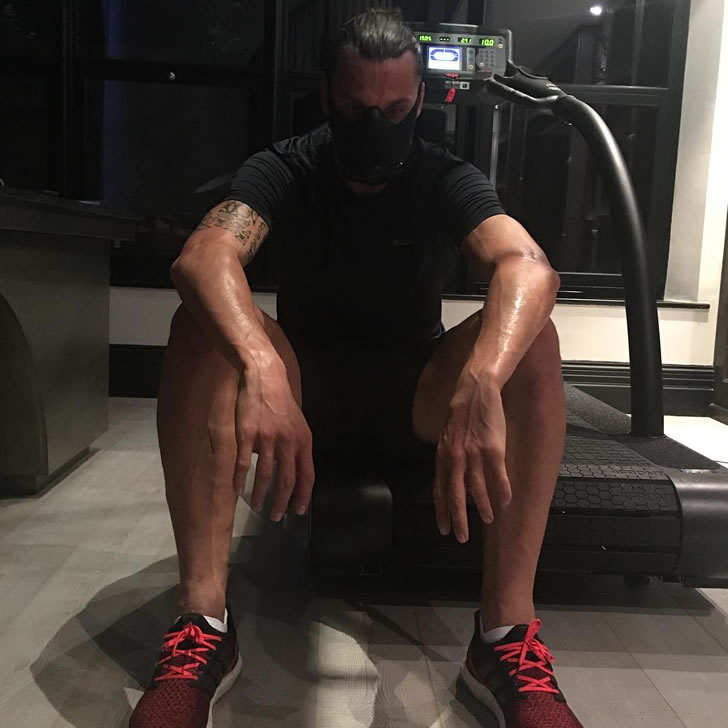 Zlatan Ibrahimovic has taken to social media to reveal that he is working harder than ever during the international break as he prepares for Manchester United’s crunch clash against Liverpool later this month.

The Swedish striker recently retired from international duty so has been given some time off to recharge his batteries in recent days following his first taste of the Premier League.

Ibrahimovic has been one of United’s most consistent performers so far this season and has scored six goals for Jose Mourinho’s men in all competitions since arriving on a free transfer during the summer.

However, the 34-year-old does not appear to be showing any signs of relenting during the international break, if his latest post on Instagram is anything to go by.

Ibrahimovic posted the picture above on his personal Instagram account of him recovering after a treadmill workout over the weekend.

He wrote the caption: “There is no free time, there is hard work and objectives.”

Ibrahimovic will be expecting to feature for Manchester United when the Red Devils return to Premier League action after the international break with a crunch clash against Liverpool at Anfield on Monday 17 October.

The Red Devils were held to a frustrating 1-1 draw by Stoke City in their most recent outing.