The season-finale of the ATP World Tour takes place at The O2 in London from Sunday, and here is everything you need to know 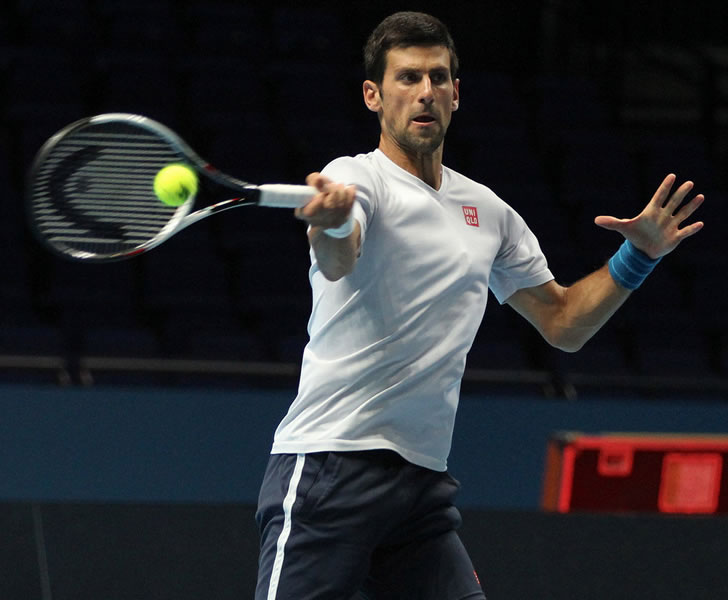 The O2 will be the battleground not only for the No1 ranking between old adversaries Andy Murray and Novak Djokovic, but also for Murray’s brother Jamie in the coming week.

The elder Murray has qualified for the World Tour Finals doubles competition for the second year in a row, but for the first time with current partner Bruno Soares. For theirs is a partnership that flourished immediately.

After two Grand Slam final finishes last year with John Peers, Murray struck gold with Soares in Australia and they won again at the US Open. Ahead of the clay season, the duo rose to No1 in the rankings, only for the burgeoning French pairing of 34-year-old Nicolas Mahut and 25-year-old Pierre-Hugues Herbert to supplant them. Now the two teams contest both the individual No1 ranking and the team No1 ranking.

The permutations are, as always in the round-robin format, many and complex, but Mahut at least knows that, if he wins just one match in London, he will be top of the individual doubles rankings—the first Frenchman to do so.

Mahut and Herbert are also favourites to top the doubles rankings, which would make them the first French team to finish at No1.

However, it is still possible for Murray and Soares to steal the team No1, and if both Jamie and Andy Murray triumph, it would be the first time that brothers have finished at No1 in singles and doubles in the same year.

But the scale of the younger Murray’s task in retaining the No1 singles spot is not insignificant: His round-robin opponents represent four Grand Slam titles and one runner-up between them, and their recent form is written all over their head-to-heads.

Murray is 9-7 against Stan Wawrinka, but won just one of their last four matches. He is 11-3 over Marin Cilic, though lost their last meeting in the Cincinnati final. Against Kei Nishikori, Murray is 7-2, but also lost his last meeting, a dramatic five-set quarter-final at the US Open. 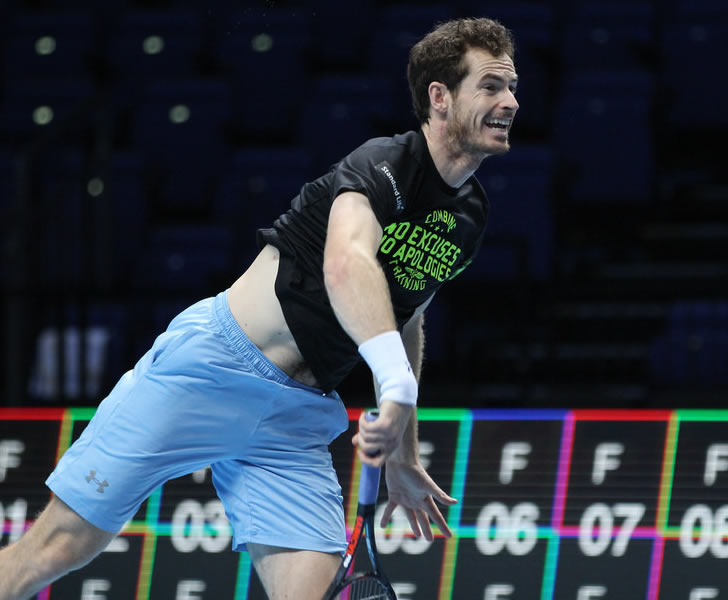 Meanwhile, five-time champion Djokovic, is unbeaten in London since winning in 2012. The formidable Serb has two tournament debutants in his group, No6 Gael Monfils and No8 Dominic Thiem, along with Milos Raonic, whose form is uncertain after picking up a thigh injury at the Paris Masters. Against possible substitute David Goffin, Djokovic also has a flawless record.

But Soares summed it up for all of them: “I think being No1 would come with a good result, and right now it doesn’t really depend on just us. So we have got to focus on our own thing.”

So what else is at stake during what Jamie Murray called “the biggest tournament we have on the ATP tour”?

· Djokovic is aiming to end the year at No1 for the third year in a row, the fifth time in six years.

· Djokovic is the only player in the singles field who has reached the final before, and is 18-1 at the O2 over the past four years: His only loss was to Roger Federer in the round-robin last year.

· Andy Murray has a 27-12 combined record over his round-robin opponents, Djokovic a 23-0 record.

· Djokovic is attempting to match Federer’s record six titles at the tournament. Last year, the Serb became the first man to win four in a row.

· This is the first time since 1974 that the year-end singles championship features eight players from eight different countries.

· Monfils is only the sixth player to make his tournament debut aged over 30, and the first since 1972.

· The doubles field contains five debut pairings, but the Bryan brothers have qualified 15 times and won the title four times.

Six of the eight coaches this week have played in the tournament themselves:

· Michael Chang (Nishikori), runner up once

· Carlos Moya (Raonic), runner up once

· Magnus Norman (Wawrinka), round robin once

· Most games in three-set match: 41 between Guillermo Vilas and Onny Parun

Andy Murray admitted ahead of this tournament that 2016 has been the best season of his career. He arrives in London on a 19-match winning streak, four straight titles in Beijing, Shanghai, Vienna and Paris. As a result, he has:

· Reached a career-high ranking and almost $11million in prize money

· He has won a season-best eight titles and made 12 finals.

· 7 Marin Cilic: One RR finish in only previous WTF appearance; two titles in 2016 including one Masters; 47-21 win-loss

· 4 Milos Raonic: Lost in RR phase in only previous WTF appearance; one title in 2016 plus finals of Wimbledon and Indian Wells; 50-15 win-loss

Andy Murray: World No1 he may be, but in the essentials? Just the same