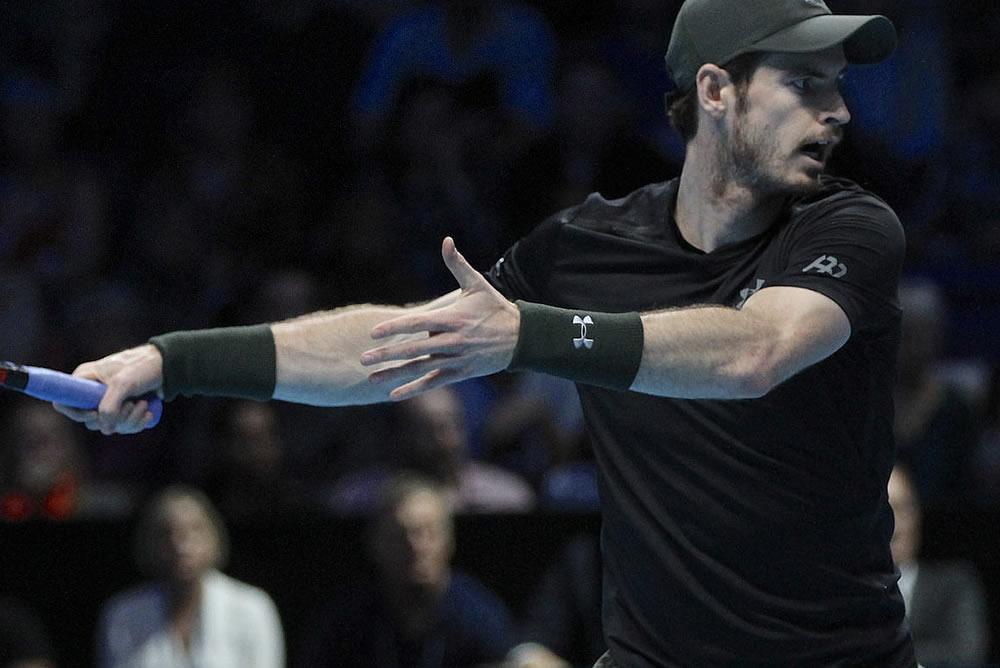 Andy Murray will be the year-end No1 if he beats Novak Djokovic Photo: Marianne Bevis

There were many tennis fans, little more than a month ago, who feared that the end-of-season finale at the O2 this year could not live up to expectations.

Back in July, six-time champion and 10-time finalist at the Barclays ATP World Tour Finals, Roger Federer, ended his season to rehab a knee that had undergone surgery in February.

Last month, Rafael Nadal—twice a finalist in London—withdrew from the remaining tournaments of the year with his own long-standing injury, to the wrist, though he was in the frame to qualify for London.

These two favourites of the tour and stalwarts of the rankings for more than a decade would be sorely missed, yes. But…

With other regulars such as 2011 semi-finalist Tomas Berdych, 2007 finalist David Ferrer, and 2009 finalist Juan Martin del Potro also out of contention, there has been room for young blood and fresh faces.

The youngest debutant this year, 23-year-old Dominic Thiem, made a huge impression on the crowds, first by taking a set from Novak Djokovic, then by beating Gael Monfils, before a spirited losing fight against Milos Raonic. The quietly-spoken and understated Austrian simply wowed the crowd with his energy, aggressive all-court tennis and powerhouse one-handed backhand—and his humble gratitude for their support.

Showman Monfils, in his short stay, lit up the court with his spectacular athleticism, and while the likeable Marin Cilic—the ATP’s Humanitarian of the Year—could not replicate his recent surge against two of this year’s Grand Slam champions, Andy Murray and Stan Wawrinka, he went out with a bang, making a come-back win against Kei Nishikori.

But the measure of a fine tournament is in the matches themselves, and after a few years of short, and often one-sided, contests in the six days of round-robin tennis, this year has produced a clutch of high-quality and close matches.

The very first singles, on opening Sunday, was that Thiem debut, and the first set alone was worth the price of entry: a 7-6(10) thriller. Djokovic’s two-and-a-quarter hour, two-tie-break win over Raonic was then touted as the best match of the tournament so far—until the following afternoon.

For Murray’s win over Nishikori was outstanding through almost its entire record-breaking three hours 20 minutes. It could not be bettered—except that it was, by Murray and Raonic in their semi-final.

For three hours 38 minutes, Murray and Raonic fought like gladiators for dominance, broke and broke back, led and chased, and had match points. Murray, with the weight of the home crowd now cheering every point, finally sealed his place in his first final here. Yet until Murray’s last two winning points, they had been neck and neck, 136 points each.

Such is the will to win, the physical dedication, the work ethic and the ability of the host nation’s favourite son. In the space of 12 months, Murray has led Great Britain to its first Davis Cup in almost 80 years, won a second Wimbledon title and a second Olympic gold medal. He has won more matches and titles in a single year than ever before, and he has climbed the Everest of a ranking mountain held by Djokovic to claim No1 just a week before the World Tour Finals.

It was not just the No1 singles ranking at stake this week, however. Raonic and Nishikori were both bidding to reach a career-high No3 this week: And the ever-improving Raonic was the winner of that particular race, displacing Wawrinka.

And there was parallel drama in the doubles tournament, where Jamie Murray aimed to make it two No1s at the same time in two tennis disciplines. He and Bruno Soares ended their run in London as the No1 team.

All on the line in one last match

Could it get any better? Wellm yes.

For the trajectories of the two top men in their sport this year, Murray and Djokovic, would collide one last time in 2016, to contest not just this most prestigious of titles but the No1 ranking. Never before has the top spot, and the magnificent trophy that goes with it, been determined by the last match of the last tournament.

All eyes, then, will be on Djokovic and Murray for the 35th time, and for the 12th time—and ninth final—in just two years.

And should there be any remaining doubt that this finale is as special as they come, here is what the teenage mates, born just a week apart, will be fighting for.

· The World Tour Finals trophy, Djokovic for a record-equalling sixth time, Murray for a first

· The ATP World Tour No1 trophy

So perhaps Federer and Nadal have been missed—and they may still be back next year—but there is no doubting that 2016’s World Tour Finals will be a year to remember.