“We were always competing against each other from a young age. I think we’re probably each other’s biggest fans," says Andy Murray 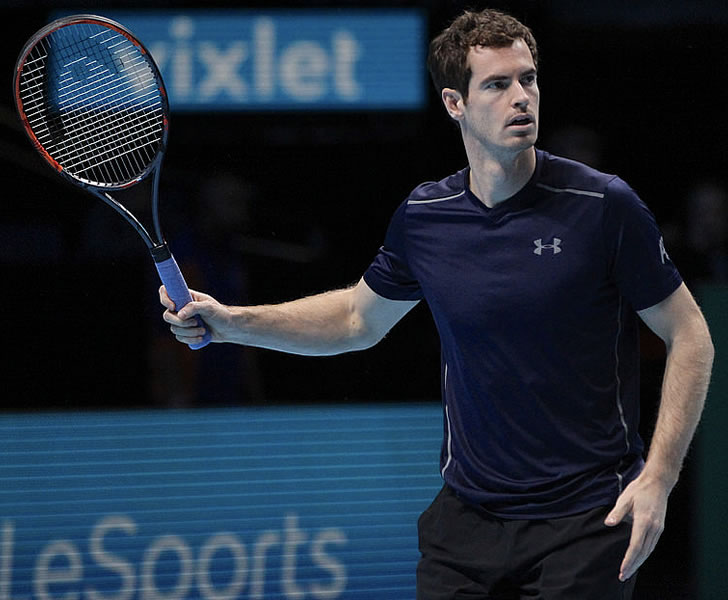 There was only a quarter of an hour between the announcement that Jamie Murray and partner Bruno Soares had sealed the end-of-year doubles No1 ranking, and Andy Murray taking to court for his key singles match against Stan Wawrinka.

Key, because the younger Murray needed at least a set to ensure he made the semi-finals. Key, because he needed to win all his round-robin matches, just as Novak Djokovic had done. Their race to the year-end No1 was that close.

Within two hours, though, Andy was done and dusted, through to the semis, and still marginally ahead of great rival Djokovic.

And time, then, to reflect on his brother’s achievement.

“Yeah, they had an amazing year. Only started playing with each other in January, won the two Slams, which is fantastic… They’ve obviously played extremely well this week, won all three of their matches. It’s a great achievement for both of them. Very proud of Jamie.”

Since they arrived in London, of course, the brothers Murray have been asked about each other at every turn, even though by their own admission their paths do not often cross in the midst of competition. Jamie explained: “It’s just like any another tournament. You’re on your own schedule, preparing for your matches individually.

“I mean, we saw [Andy] in the gym this morning because we were going out on the practice court after him. It’s just a couple minutes here and there.”

He went on to admit that he had watched some of his brother’s match on Monday night, though “not all of it.”

There has, though, never been any doubting the bond between Jamie and the brother who is younger by fewer than two years. 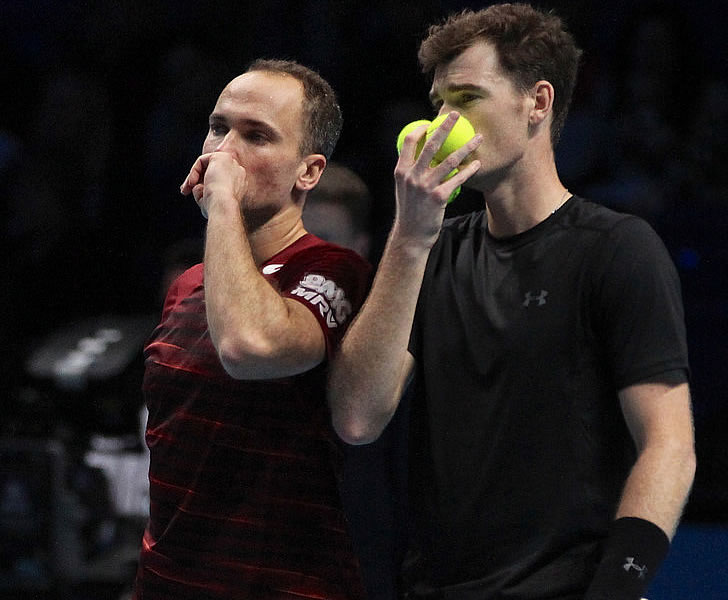 Their story began in the small city of Dunblane just north of Stirling, a place that became famous for something altogether different 20 years ago: the killing of 16 children and their teacher at its primary school. The Murray brothers were, indeed, in the school at the time of the tragedy.

But Murrays would give this city another claim to fame, inspired not a little by mother Judy, whose tireless efforts in taking tennis to youngsters nationwide have made her almost as famous as the sons she once coached.

Despite their trajectories over the last few years, it was Jamie who became Dunblane’s first Grand Slam champion: He won the Wimbledon mixed doubles title with Jelena Jankovic in 2007. He had, in fact, been a hugely promising junior player, world No2 when he was 13, and joined an elite coaching programme in Cambridge, only to leave within the year.

Andy Murray recalled those developmental days following the news of his brother’s No1 ranking.

“We used to play against each other all the time until we were like 12 to 14. That was when we went our separate paths really. Jamie went down to Cambridge for nine months or so… went off to Paris, and I went off to Spain when I was 15.

“Actually, between 12 and then 17 or 18 we didn’t spend loads of time together. But before then, pretty much every time we went to practise or play tennis, it was together.”

They played, he said, many sports: “We were always competing against each other from a young age. Now we obviously don’t. [But] I think we’re probably each other’s biggest fans.”

Neither lives in Dunblane now, though both were married there, Andy in Dunblane Cathedral last year, Jamie at Cromlix House, which has been bought by Andy and transformed into a luxury hotel. Not that it is the city’s only tangible link with their Olympic champion: A gold pillar-box reminds locals and visitors alike of Murray’s 2012 legacy.

But as Andy began to break British tennis records, first at the Olympics, then with his first Grand Slam, Wimbledon and, this year, repeating Olympic gold and Wimbledon glory, his elder brother plied the doubles tour.

Jamie reached Major finals with John Peers, and his profile rose further from playing alongside his brother during their long campaign to Davis Cup victory.

This year, Jamie won his first men’s doubles Major with new partner Soares in Australia, and who arrived courtside at 1am to see the duo collect their trophy? Brother Andy, dishevelled and in need of sleep as he prepared for his imminent singles final, was determined to take photos of his brother’s special moment.

The Australian title marked something else, too: Both were now ranked No2 in their respective disciplines—and that made almost as many headlines as their Davis Cup antics. How often had two brothers achieved such heights in singles and doubles?

Yet now, within the same year, there is the very real chance that they could both end the year as No1. Jamie had, for a few weeks, topped the charts in late spring, and Andy reached the pinnacle the week before the World Tour Finals. Now the boys from Dunblane had something truly unique within their grasp.

Little wonder, then, that they have each been quizzed about the other this week. But little wonder that these two very grounded, modest individuals continue to shun the limelight and the hyperbole as much as they ever have.

“Yes,” Andy mused, “I think my mum is here. My grandparents came earlier in the week. They went home on Thursday. My dad was here for the first few days, and he went home on Tuesday morning. He saw me and Jamie play one match each.”

And “No,” said Jamie, “we don’t sit down together and talk about this week. We’re both focusing on our things. Our goals for the week I’m sure are the same: to try to win, do the best we can. I don’t imagine we’ll be seeing each other that much till the weekend—if we’re both there.”

They will, as everyone now knows, both be there this weekend, Andy playing for his place in the final—and the No1 ranking—Saturday afternoon, Jamie playing for his final spot in the evening, in the knowledge that he and Soares already have the No1 in the bag.

A week ago, Jamie said of his brother: “For me you have the four potentially greatest players of all time. I think [Andy] has made 11 Grand Slam finals, which is an insane achievement… He has done incredible things for himself and for tennis in this country. He deserves all the accolades he gets.

“It’s really special to get to watch what he’s achieved in the biggest competitions in the sport. Neither of us ever would have expected this when we were growing up. Need to try and enjoy it.”

It’s a good philosophy, and one that both seem to cherish. As Andy concluded after beating Wawrinka:

“Obviously the whole year has been fantastic for both of us. Obviously, we would like to finish it perfectly if we can. Still there’s a good chance that doesn’t happen. [But] regardless of what happens over the weekend, we can look back on this year and be very proud of what we’ve done as a family.”

A quick look at Twitter suggests that the rest of the family cannot hide their pride already. Mother Judy has retweeted every message about her two sons’ achievements today. And that’s just as it should be.