Find out how to train like UFC fighter Conor McGregor 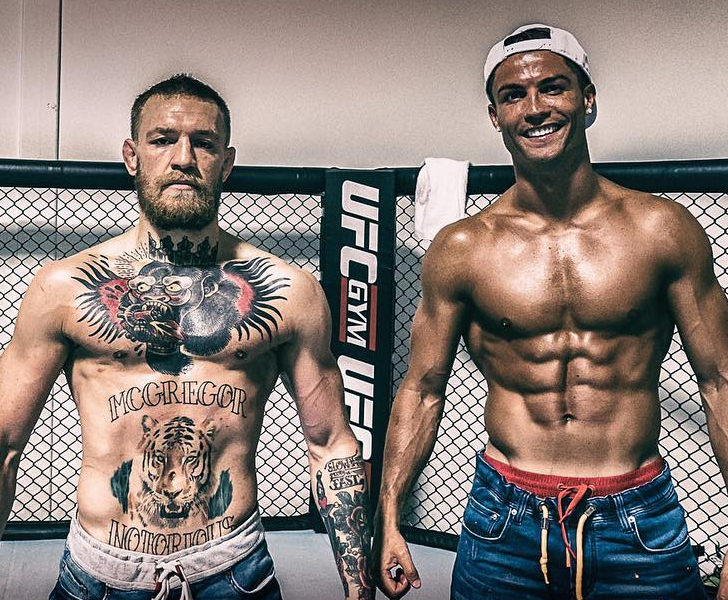 Working out from time to time is really helpful when it comes to health.

There are many kinds of sports games that can help to keep fit or simply a good eating pattern helps as well. But it is easier for many people to focus on sports rather than keeping track of the food items they are consuming. Football, volleyball, golf and tennis are known sports that are practised internationally.

The one place where you can play all these types of sports games without having to join a club or move from your house is Magical Vegas. At Magical Vegas, you can enjoy sports themed slots which will arise your interest to play the games once you have some free time.

These games will fit all preferences as there are games based on Football, Cricket, Tennis and Golf. Football lovers can try games like Football Star- Hear the arbitrator’s whistle and shout along with the crowd, while staying at home, Goal- Shoot and score some potential winnings, Golden Gold- Get on the field and shoot some golden balls, Football Champions Cup- Choose and defend your team for some good winnings.

Even Cricket lovers can have a good time on the game Cricket Star- Take your bat and hit probable winnings. Wimbledon is a game for all tennis lovers; Find yourself in a tennis stadium on this 25 paylines game. For a great golf experience, play the game Gold Trophy 2 which will bring you to a Golf ground.

These sports indeed interest more than one. However, there is another rising sports that everyone keeps talking about. Does the name Conor McGregor ring a bell? Yes, indeed we are talking about the Ultimate Fighting Championship.

This kind of sports practised by few but known to many, is a very interesting one consisting of mixed martial arts. While watching this rising star fight, we all want to know how he manages to defeat his opponent.

Conor McGregor’s movements revolve about the noteworthy control he has over his body, mind and breath.

To have reached this level, McGregor follows a simple training. His training involves mainly yoga which helps to keep him mentally fit. For his physique, he practices swimming, jiu-jitsu rounds, pad work, rope jumping and core work. To build strength and have a perfect balance, McGregor mostly does free-weight exercises such as barbell.

But to remain active through the day, his workout consists of 10 muscle-ups, 10 handstand push ups, 10 Barbell Push press, 30 minutes of hitting a punch bag and practicing his attack moves like the shrub posture with a side limb extension. However, the most important thing is that Conor McGregor enters the field with a strong mind-set which allows him to stay fearless.

After a few games sessions at Magical Vegas – UK’s leading Casino, put your trainers and a sports outfit on and workout to be the next possible Conor McGregor.

Why England look in good shape ahead of 2018 World Cup