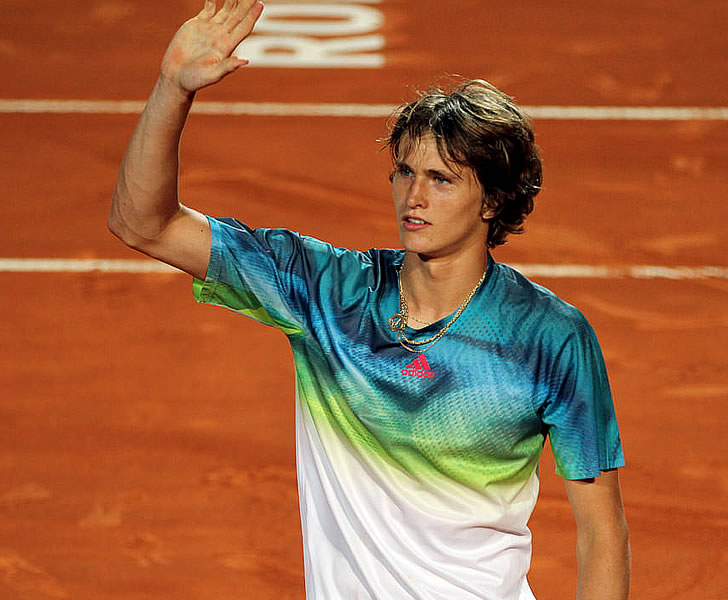 In the eyes of most fans around the world, tennis has enjoyed nothing short of a golden era since the turn of the millennium.

Roger Federer, Rafael Nadal, and Novak Djokovic are three of the four most prolific men’s Grand Slam champions of all time, and between them they have held the No1 ranking for the last 12 years.

The fourth of the ‘big four’, Andy Murray, has been in the mix for much of the last decade, winning a substantial share of Masters titles, 14, and three Grand Slams from 11 finals. This year, he has topped the quartet in titles, won his second Olympic gold and captured the No1 ranking.

All four men have also lead their nations to Davis Cup victory, and along the way, they have so dominated proceedings that even their rivalries are Open-era record-breakers. Djokovic and Nadal have faced off 49 times, Federer and Djokovic 46, with two more combinations in the top eight.

Such is the glass ceiling created by these four extraordinary players that incursions have been few, the most recent being Stan Wawrinka’s late-career charge to three Grand Slams and into the top four. Little wonder, then, that eyes have begun to cast around for the next generation—because come next May, all five of these men will be in their 30s.

London last week had a taster of what may lie in store. For the first time in 15 years, Federer missed the World Tour Finals/Masters Cup for rehab after knee surgery at the start of the year. And Nadal, who has qualified every year since 2005, also missed the tournament with wrist injury.

Step up debutant Dominic Thiem, one of the brightest names in ‘Generation 90’—men born during the 1990s. At age 23, he picked up four titles this year, had wins over Nadal, Federer and Marin Cilic, and in London he beat Gael Monfils and won the opening set against Djokovic.

The oldest of ‘Generation 90’, Milos Raonic, has been tipped to shatter the ceiling with a Major. He beat Federer to reach the Wimbledon final this year and came within inches of beating Murray in the semis in London at the weekend. Indeed his efforts earned him a career-high No3 ranking.

But these men are, like the similarly aged Kei Nishikori, David Goffin and Grigor Dimitrov, only too aware that they are sandwiched between two generations vying for the top rankings and big titles. Each has edged into the top 10, but only one thus far has encroached on the top four—and Federer and Nadal are scheduled to return to the fray next season.

Thiem put it thus after winning in Acapulco: “It’s a very special era to have that many good players, but there are many young and promising players and, maybe not this year or next year, it may [soon] be time for them.”

For in hot pursuit is what the ATP has dubbed the NextGen, a group of rising stars born since 1995 that has begun to pepper the rankings from No20 through to 200.

Some have already won ATP titles: step up the charismatic 6ft 6in 19-year-old Alexander Zverev and the equally tall 20-year-old powerhouse, Karen Khachanov. Others have made finals—Borna Coric reached two this year, Taylor Fritz one.

It could not be more timely, then, for the ATP to launch this pack of talent into its own high-profile year-end competition in 2017. The season-long “Emirates ATP Race to Milan” begins in January and will end in Milan in the five days immediately before the World Tour Finals in London. There, the top seven NextGen players plus one wild card will play in round-robins to reach the knock-out semis and final.

In launching the event, ATP Executive Chairman and President Chris Kermode, explained the thinking behind the campaign.

“We have superstars that have transcended the sport over the last 10 years, reached beyond tennis and become global sporting icons: Roger, Rafa, Novak and Andy in particular.

“But the changing of the guard is coming. We have a duty to start highlighting and really bringing to life characters in the game that are coming through with immense, immense talent. This is the future of the game.

“The next generation is gathering huge momentum. This event will provide a platform for the stars of the future to showcase their talents on a global stage.”

The tournament will trial a number of rule changes and innovations yet to be announced—though in the US Open Junior event in September, for example, they trialled a shot-clock. For this reason, players will not be competing for ranking points, though the US$1.275 million has been set to provide plenty of incentive.

Milan, which will host the tournament until 2021, is a particularly appropriate choice considering its history as a launch-pad for two significant champions. Stefan Edberg, who played in a similar Young Masters event in 1985, won his first title in Milan, as did Federer, age 19 and ranked just inside the top 30.

Edberg, who attended the launch at the O2 on Saturday, talked of the ambition of these up-and-coming players: “I think this is a great idea. It’s great to promote these young players… A lot of these guys are really, really going to battle it out to get into this tournament because there’s going to be attractive prize money and it’s going to be a good way for them to promote themselves. If I was young, I would love to have this setup.”

One of the players in contention for the first finale is 18-year-old Frances Tiafoe, who was also at the launch: “We’re incredibly excited about the event… The NextGen [campaign] was a huge deal for us, a bunch of different personalities. I think it’s going to be a really good turnout and I’m really excited for it.”

Date: 7-11 November 2017
Venue: Fiera Milano, Milan
Prize Money: US$ 1.275 million
Contenders: Top seven players in the Emirates ATP Race to Milan, plus one wild card. Players must be born 1996 or later.
Format: Round robin, followed by knock-out semi-finals and a final
Ranking points: will determine qualification, but none awarded for tournament
Innovations: Tournament will be a test-bed for innovation with an eye to keeping NextGen fans fully engaged
Singles only: no doubles tournament
Mandatory: but players will be released if they qualify for World Tour Finals