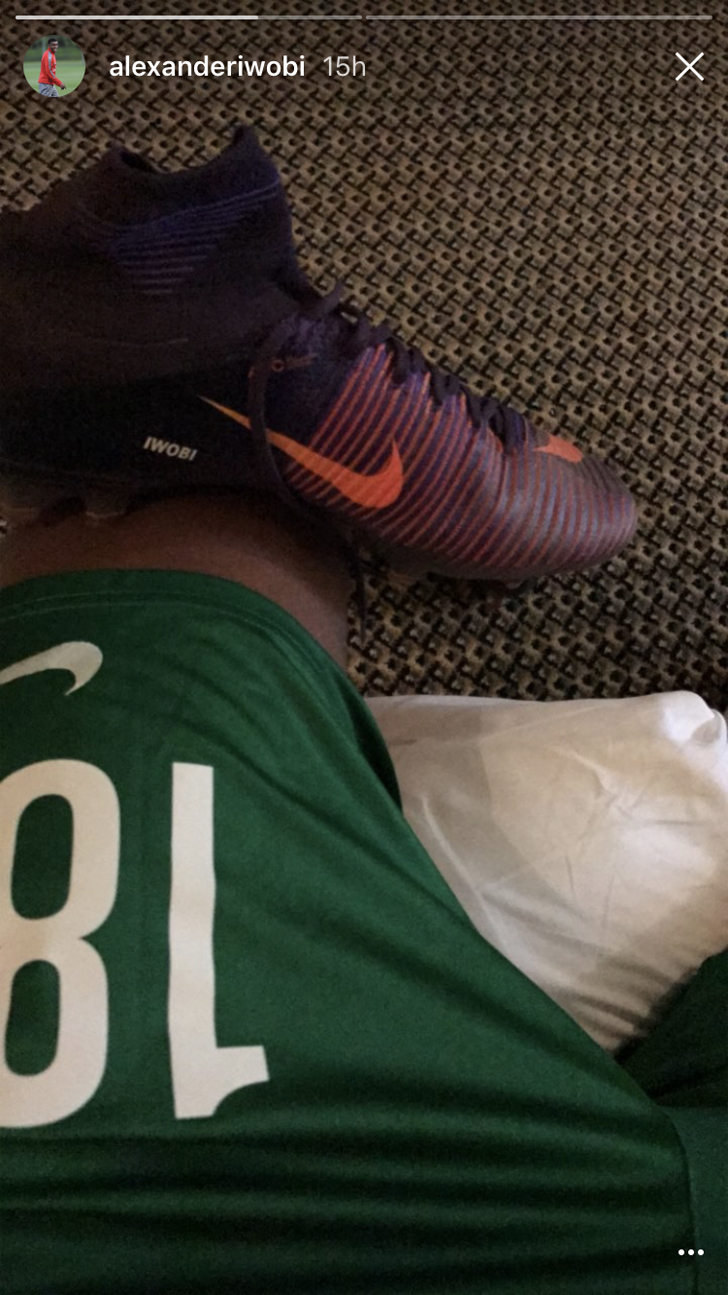 Alex Iwobi has taken to Instagram to show off his personalised boots.

The Arsenal midfielder endured a disappointing north London derby as he failed to have a telling impact in the Gunners’ 1-1 draw with Tottenham Hotspur at the Emirates Stadium.

Iwobi has linked up with the Nigeria squad as the Super Eagles continue their bid to qualify for the 2018 World Cup in Russia.

The Gunners star scored his first international goal in a 2-1 win against Zambia earlier this year.

And Iwobi gave his Instagram followers a glimpe of his fresh-looking personalised football boots ahead of their clash against Algeria.

The Arsenal midfielder has made three assists in nine Premier League appearances so far this season.

Arsene Wenger’s side are in fourth place in the table and two points behind Premier League leaders Liverpool after 11 top-flight games.

Arsenal will make the trip to bitter rivals Manchester United in their next top-flight outing at Old Trafford on Saturday 19 November.

Jan Molby: Why Liverpool can cope without Sadio Mane