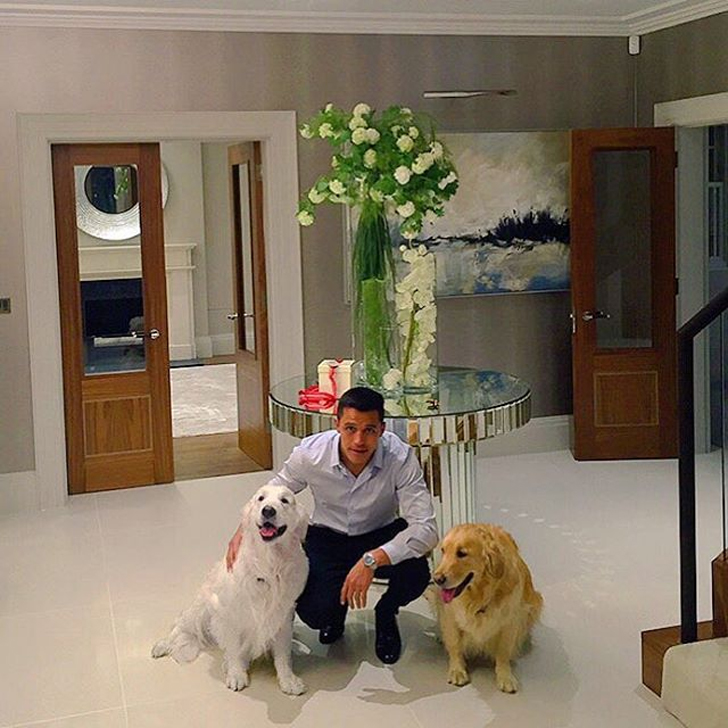 Alexis Sanchez relaxed with his dogs on Tuesday evening ahead of Arsenal’s clash against Paris Saint-Germain.

The Gunners will host the Ligue 1 holders in their Champions League clash at the Emirates Stadium on Wednesday night.

The north London side were heavily criticised for a below-par performance on Saturday as Arsene Wenger’s side drew 1-1 with Manchester United.

Sanchez was muted during the clash between the top-flight rivals after a demanding international break which saw the Chilean nurse an injury.

However, the South American looked in good form as he posed for an Instagram photo with his golden retrievers Atom and Humber ahead of the visit of PSG.

Arsenal have collected 10 points from their previous four Champions League games as Wenger’s side compete with PSG for top spot.

The Gunners came from 2-0 down to beat Ludogorets 3-2 in their last fixture in Europe’s premier club competition.