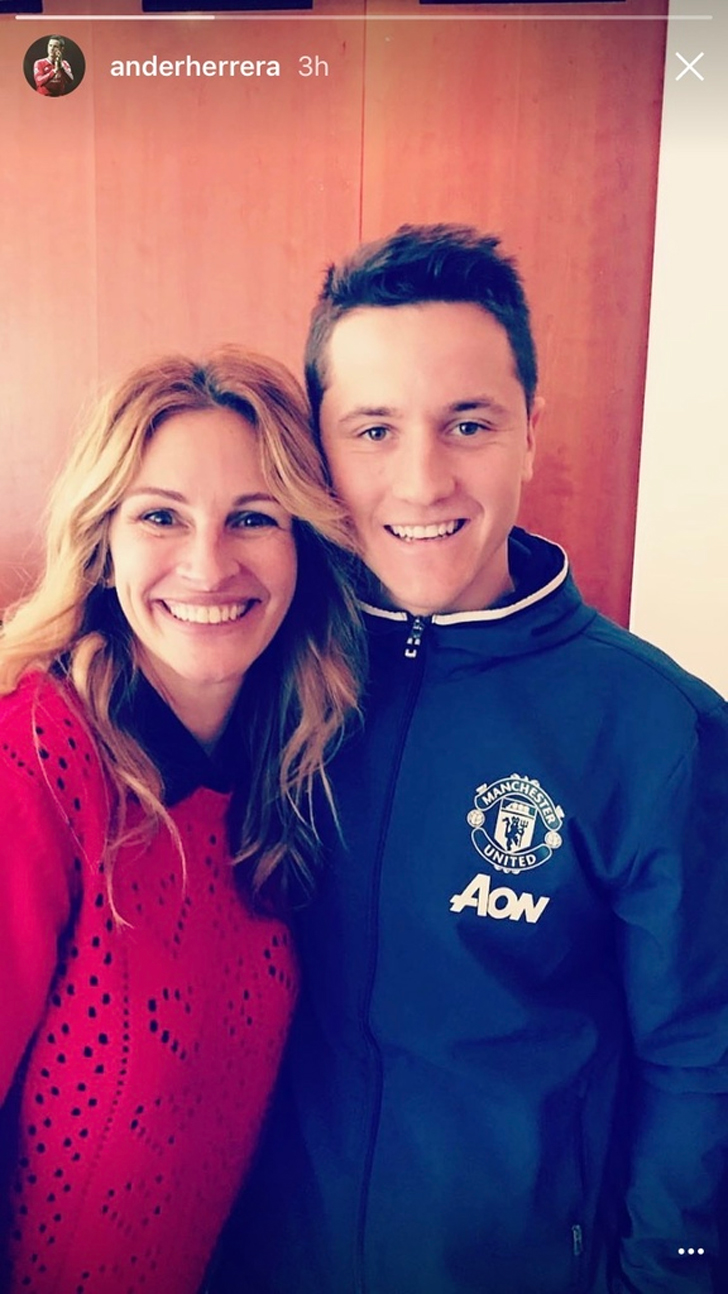 Ander Herrera could count on Julia Roberts to raise his spirits on Monday afternoon ahead of Manchester United’s EFL Cup quarter-final.

The Spain international was unable to help the 20-time English champions find a winner as Jose Mourinho’s side played out a frustrating 1-1 draw with West Ham United in the Premier League on Sunday.

Former Sweden international Zlatan Ibrahimovic cancelled out Diafra Sakho’s early opener but the Red Devils were unable to find a winner despite the introduction of Henrikh Mkhitaryan and Wayne Rooney.

Manchester United will return to action on Wednesday night when Mourinho’s men take on Slaven Bilic’s side for the second time in four days.

And Herrera seemingly had the chance to meet Pretty Women star Roberts after Manchester United’s training session on Monday afternoon.

The Spanish midfielder posted the above snap on his Instagram story.

The Red Devils are in sixth place in the Premier League table and nine points adrift of leaders Chelsea after 13 games.