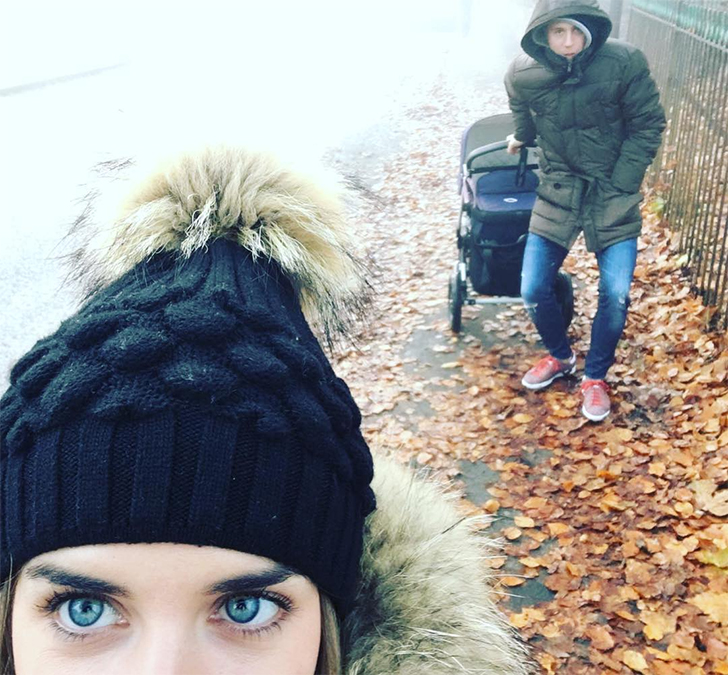 Ander Herrera and his partner brave the winter weather

Ander Herrera posed for a cold snap with his girlfriend on Instagram ahead of Manchester United’s clash against West Ham United on Sunday afternoon.

The Spain international has been a regular in Jose Mourinho’s first-team in recent weeks alongside 35-year-old midfielder Michael Carrick and world-record signing Paul Pogba.

The former Athletic Bilbao midfielder was part of Mourinho’s side that eased to a 4-0 win against Dutch side Feyenoord in the Europa League at Old Trafford on Thursday night.

And Herrera eased any stiffness out of his legs as he joined his partner Isabel Collado and their young daughter for a walk in chilly northern England on Saturday afternoon.

The Manchester United midfielder posted the above snap and wrote the following caption on his Instagram page:

The Red Devils are 12 points behind Premier League leaders Chelsea after the west London side’s 2-1 win against Tottenham Hotspur in the London derby on Saturday evening.