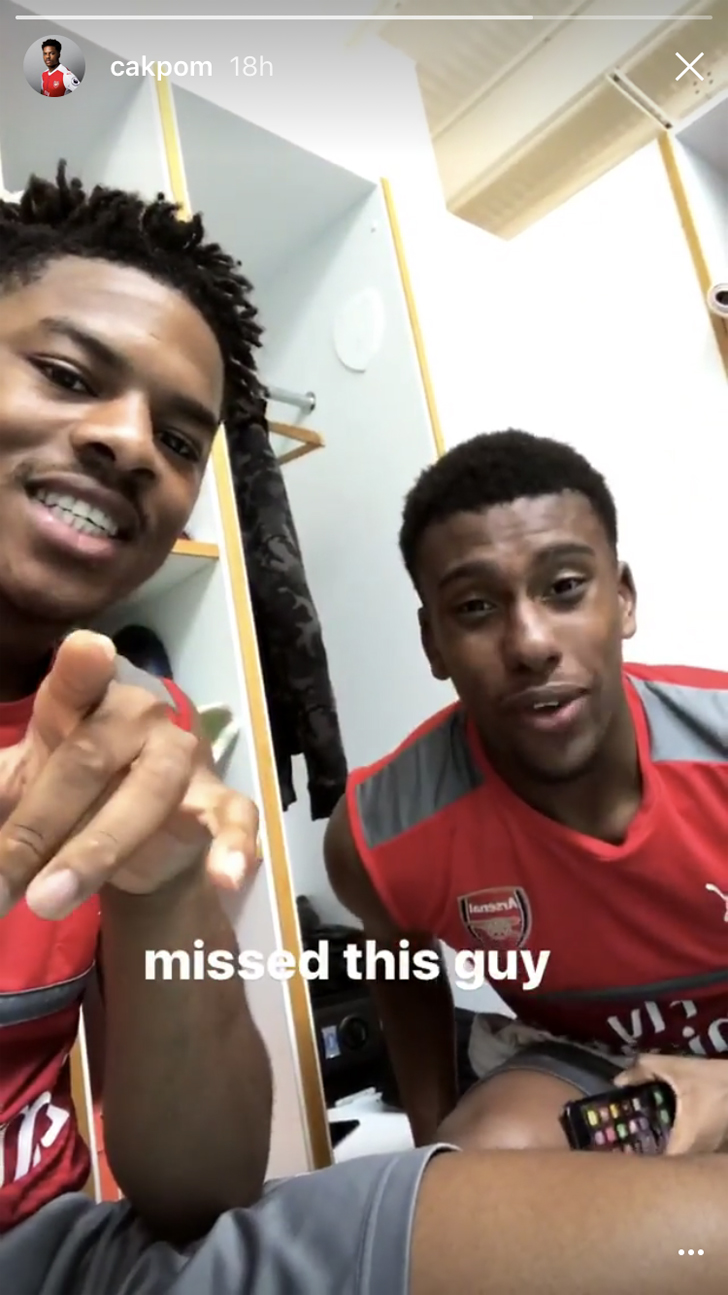 Chuba Akpom was thrilled to be reunited with Alex Iwobi ahead of Arsenal’s clash against Manchester United on Saturday afternoon.

The Arsenal midfielder has been away on international duty over the past week or so with the Nigeria national team.

Iwobi helped the Super Eagles ease to a 3-1 victory over Algeria thanks to goals from Chelsea duo Victor Moses and John Obi Mikel.

The Gunners playmaker has been a regular in Arsene Wenger’s side in the 2016-17 Premier League campaign so far.

Iwobi has made three assists in nine Premier League appearances this term after making his debut in the League Cup in 2015.

And Arsenal youngster Akpom took to his Instagram story to post the above selfie with Iwobi following the midfielder’s return to the English capital.

The Gunners are in fourth place in the Premier League table and two points adrift of leaders Liverpool after 11 top-flight games.

Arsenal will make the trip to bitter rivals Manchester United in their next Premier League fixture on Saturday afternoon.

Stan Collymore: This how Jose Mourinho should use Man United midfielder