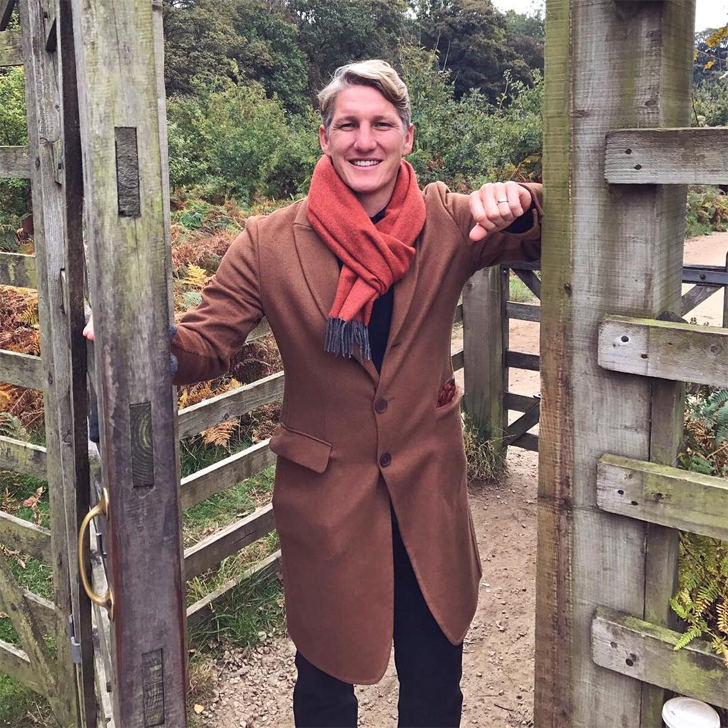 Bastian Schweinsteiger was the best-dressed hiker in Manchester as the German midfielder went for a walk on Wednesday afternoon.

The World Cup winner returned from his Red Devils exile under new manager Jose Mourinho last month but the experienced defensive midfielder is still waiting to make his first appearance of the 2016-17 campaign.

Schweinsteiger opted to stay at Old Trafford beyond the summer transfer window despite Louis van Gaal’s replacement making it clear that the German legend had no future at the 20-time English champions.

However, the 32-year-old has been training with Mourinho’s first-team squad, suggesting that the Manchester United manager is prepared to alter his stance on the former Bayern Munich captain.

And Schweinsteiger is keeping fit during the international break with some countryside walks ahead of the club’s next Premier League game against title rivals Arsenal at Old Trafford on Saturday 19 November.

Schweinsteiger posted the above photo and wrote on his Instagram page:

Schweinsteiger moved to Manchester United from Bayern Munich under Van Gaal in 2015.