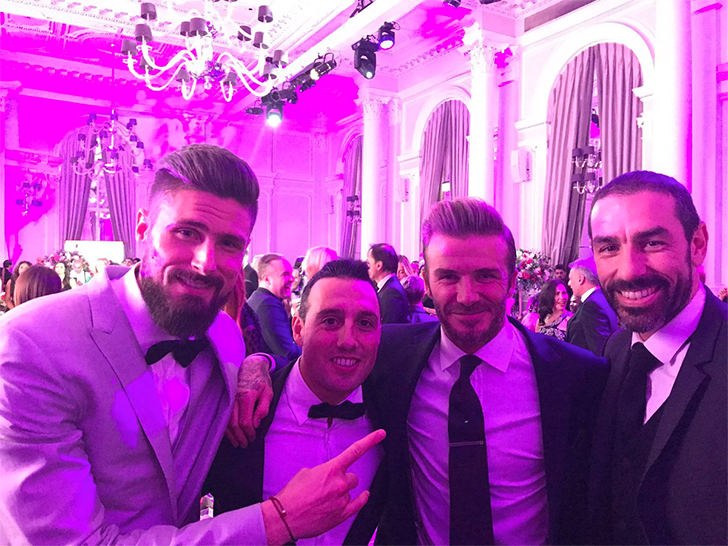 Olivier Giroud and Santi Cazorla were all smiles with Arsenal legend Robert Pires and Manchester United icon David Beckham at a charity event on Saturday night.

The France striker proved to be the north London side’s hero on Saturday afternoon after the 30-year-old came off the bench to cancel out Juan Mata’s opener in a 1-1 draw at Old Trafford.

Giroud has scored an impressive three times in six substitute appearances in this season’s Premier League after being consigned to a watching brief for most of the campaign.

Cazorla missed the bitter Premier League clash due to a niggling injury problem which he aggravated ahead of the international break.

Unsurprisingly, the Arsenal pair were in good form after snatching a fortunate point at Old Trafford as Beckham and Pires posed for a photo alongside the Gunners players at a charity bash.

Arsenal are in fourth place in the Premier League table and six points ahead of sixth-placed Manchester United in the title race.