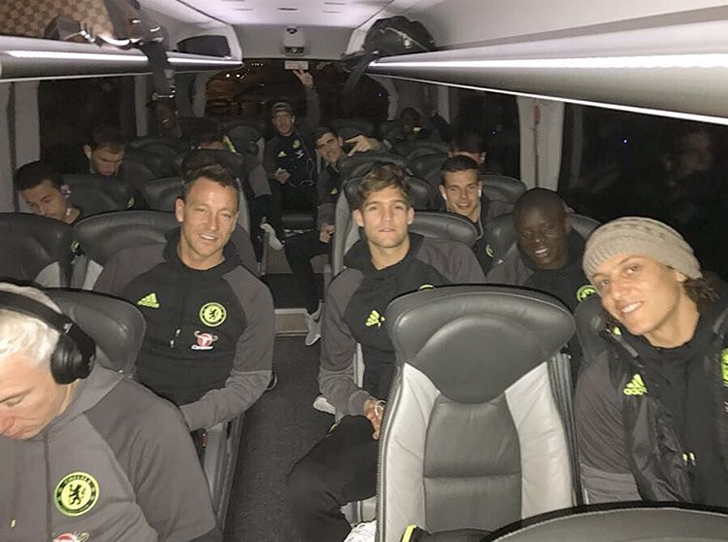 The Blues eased to a sixth successive Premier League victory after Diego Costa scored a first-half winner at the Riverside Stadium.

Costa guided a finish past his compatriot Victor Valdes in the Middlesbrough goal to hoist Chelsea above Liverpool and into top spot.

And Chelsea signing Alonso gathered his team-mates for a photo on the team coach ahead of their return to the English capital on Sunday night.

Alonso posted the above photo on his Instagram page and wrote the following caption:

Chelsea have scored 17 times and have kept six clean sheets in their last six Premier League games to hoist Antonio Conte’s side to the top of the Premier League table.

The west London side will host Tottenham Hotspur in their next Premier League game at Stamford Bridge on Saturday evening.