Photo: Chelsea signing all smiles with Willian ahead of Tottenham clash 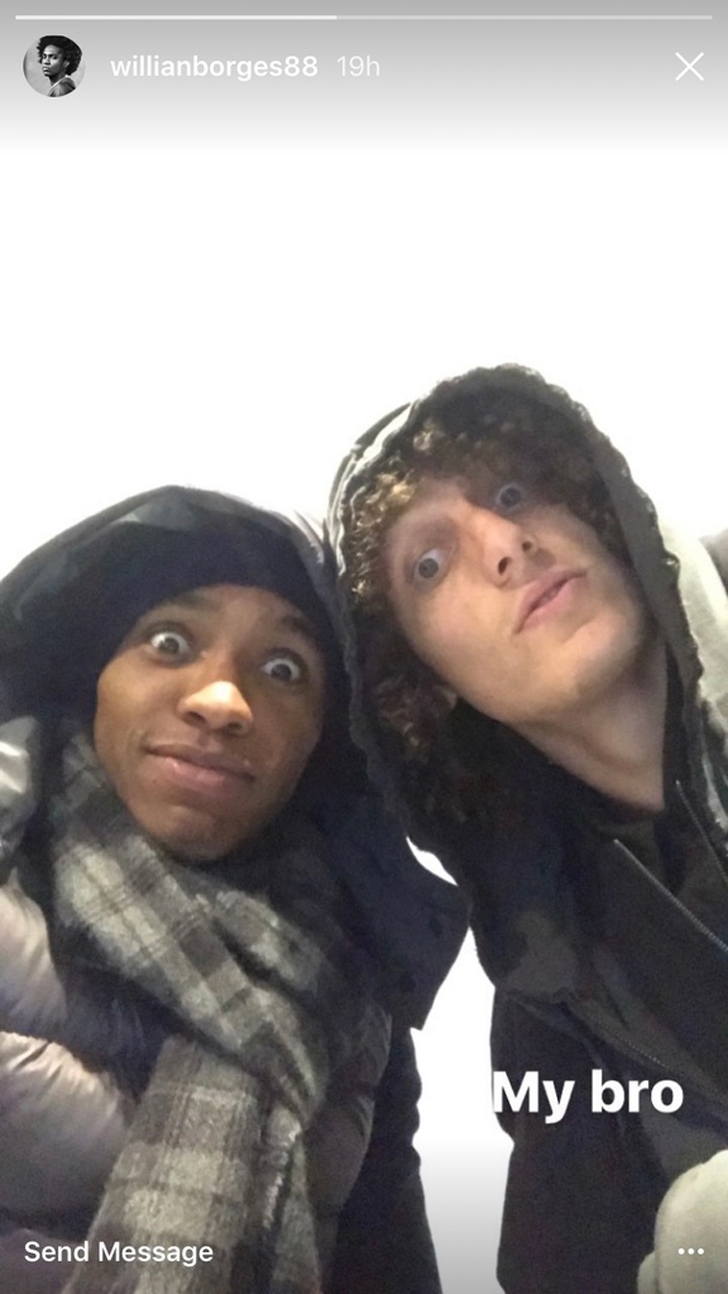 David Luiz and Willian appeared to be feeling the London chill ahead of Chelsea’s clash against Tottenham Hotspur on Saturday evening.

The Brazilian duo will be looking to help Antonio Conte’s side maintain their impressive winning record when Spurs make the short trip across the English capital to Stamford Bridge.

Luiz has helped the west London side secure six consecutive clean sheets since Conte switched to a 3-4-3 formation following a 3-0 defeat by Arsenal at The Emirates in September.

However, Chelsea will face the only unbeaten Premier League club remaining in the 2016-17 season as Tottenham look to win at Stamford Bridge for the first time since 1990.

And Willian posted a selfie with Luiz on his Instagram story as the Brazil internationals warmed up for their Premier League clash on Saturday.

Luiz returned to Chelsea in a £32m deal from Ligue 1 side Paris Saint-Germain in the final day of the summer transfer window.

Photo: Diego Costa all smiles with Portugal legend ahead of Chelsea v Tottenham

Arsenal legend explains why Chelsea are the favourites for the title