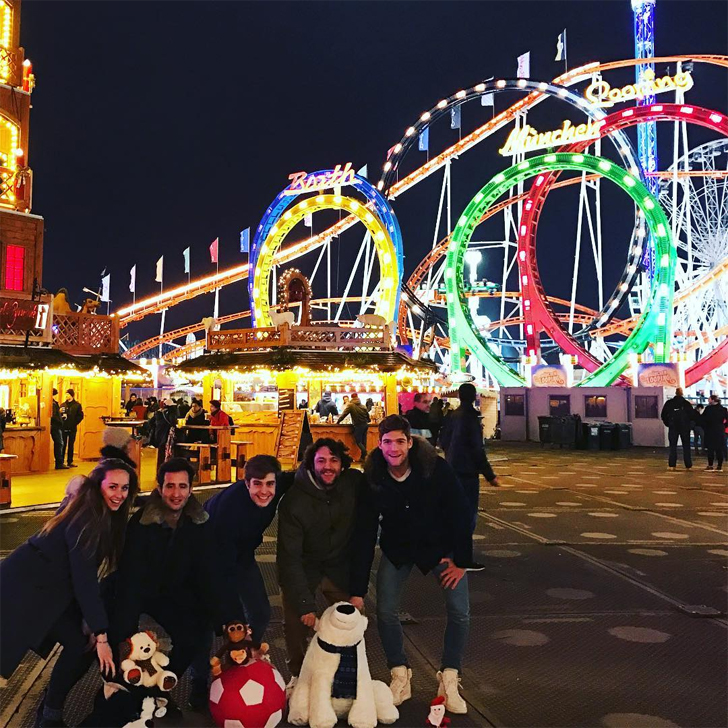 Marcos Alonso took a break from training to head to Winter Wonderland in London ahead of Chelsea’s home clash against Tottenham Hotspur on Saturday evening.

The Spanish defender has been in superb form in recent months as Antonio Conte’s side secured their sixth successive Premier League victory at the Riverside Stadium last weekend.

Chelsea eased to a 1-0 win against Middlesbrough thanks to Diego Costa’s winner as the Blues secured their sixth consecutive clean sheet since a 3-0 loss to Arsenal at The Emirates.

Conte’s side moved to the top of the Premier League table last weekend as Liverpool dropped points in a goalless draw with Southampton.

And Alonso opted to take a break from preparing for the visit of Tottenham as he headed to a Christmas market in London with some friends.

Alonso posted the above photo on his Instagram page and wrote the following caption:

Roy Keane names one area where Arsenal have improved this season

Roy Keane: This is what Arsenal are lacking under Arsene Wenger