Photo: Costa, Luiz all smiles on Chelsea plane ahead of Middlesbrough trip 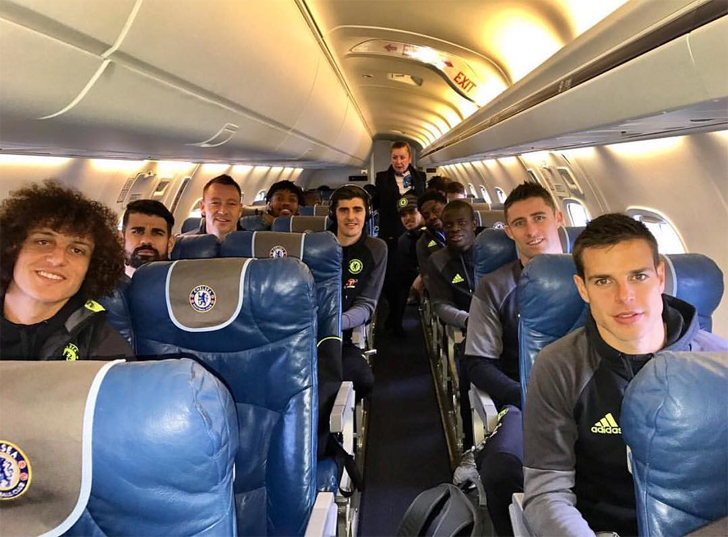 Thiabut Courtois posted a photo with his Chelsea team-mates as Antonio Conte’s side headed to Middlesbrough on Sunday afternoon.

Diego Costa and Eden Hazard have been in superb form for the west London side in recent weeks as Chelsea look to preserve a five-game winning run in the Premier League at the Riverside Stadium.

Chelsea started the weekend a point adrift of leaders Liverpool as Conte’s side look to underline the status as genuine Premier League title contenders.

And Courtois posted the above photo with Diego Costa, David Luiz, Cesar Azpilcueta and the rest of his Chelsea team-mates ahead of their clash against Middlesbrough.

Chelsea have won eight of their 11 Premier League games so far this season.

The Blues have only lost to title rivals Arsenal and Liverpool in the 2016-17 campaign so far.