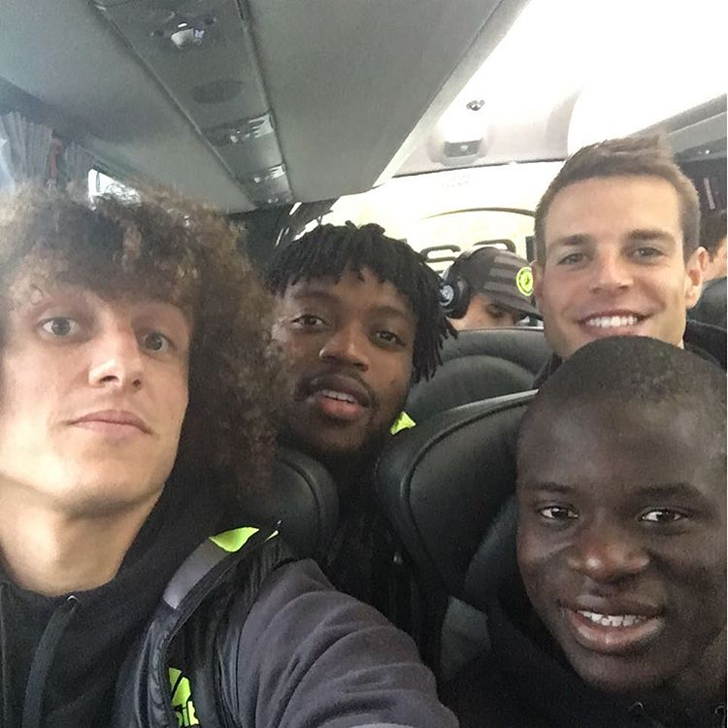 David Luiz snapped a selfie with Chelsea trio N’Golo Kante, Nathaniel Chalobah and Cesar Azpilicueta ahead of their trip to Middlesbrough.

The west London side will be looking to preserve their excellent winning run in the Premier League at the Riverside Stadium on Sunday afternoon.

Luiz endured a miserable second Chelsea debut after the Brazil international completed a £32m return to Chelsea from Ligue 1 champions Paris Saint-Germain on the final day of the summer transfer window.

Chelsea lost to title rivals Liverpool and Arsenal in their first two games back in a Blues shirt before the west London side went on a five-game winning run.

And Luiz was in high spirits with his fellow summer signing Kante, Chalobah and Azpilicueta on their flight to Middlesbrough.

The South American posted the above photo and wrote the following caption on his Instagram page:

“Off to Middlesbrough ! ✈️ #comeonChelsea”

Photo: Costa, Luiz all smiles on Chelsea plane ahead of Middlesbrough trip