Photo: Diego Costa all smiles with Portugal legend ahead of Chelsea v Tottenham 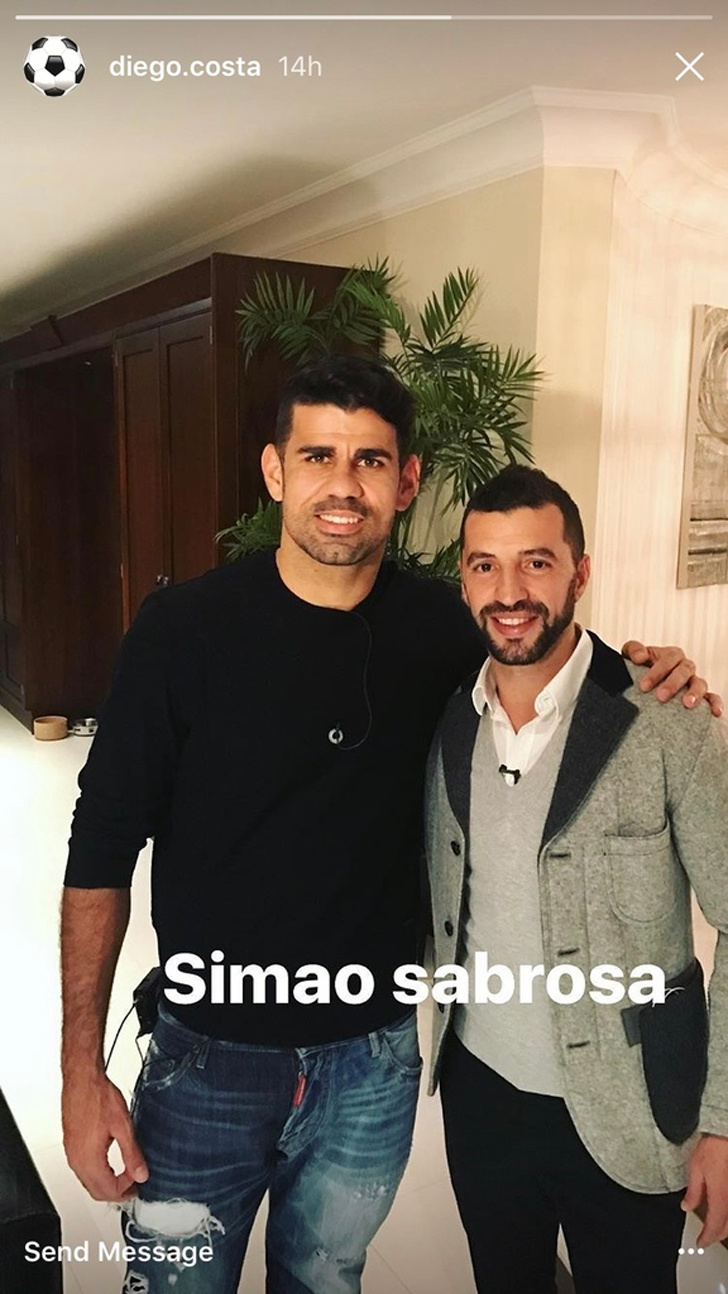 Diego Costa was all smiles with his former Atletico Madrid team-mate Simao Sabrosa ahead of Chelsea’s clash against Tottenham Hotspur on Saturday.

The Spain international played alongside the Portuguese playmaker for los Rojiblancos before Costa established himself as a first-choice striker upon Diego Simeone’s appointment.

Costa, meanwhile, moved to Chelsea in a £32m deal from La Liga outfit Atletico in 2014 after having fired Simeone’s men to the Spanish title.

The Chelsea striker is the Premier League’s leading goal-scorer this term after a return of 10 goals in 12 top-flight outings so far.

And Costa looks on course to eclipse his tally of 20 goals in 26 games which helped secure the Premier League title for the west Londoners in 2014-15.

The Blues star was all smiles as he posed for a photo with Portugal legend Simao on Thursday night which Costa posted on his Instagram story.

Chelsea are sitting at the top of the Premier League table ahead of the visit of Spurs.

Photo: Chelsea signing all smiles with Willian ahead of Tottenham clash