Photo: Diego Costa all smiles with Victor Moses after Chelsea’s 2-1 win over Tottenham 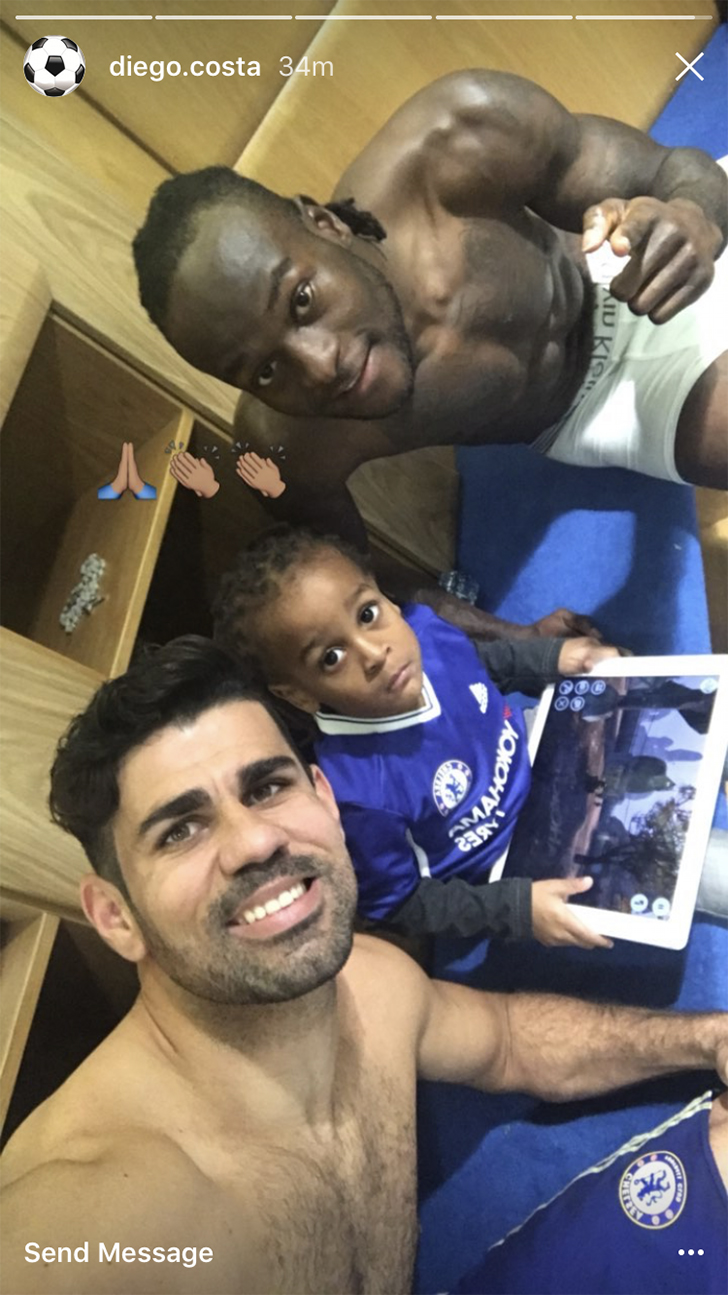 Diego Costa was all smiles with Vitor Moses in the Chelsea dressing room after Saturday evening’s 2-1 win against Tottenham Hotspur.

The Blues extended their winning run to seven Premier League games at Stamford Bridge to hoist themselves above Liverpool and into top spot in the table.

Christian Eriksen became the first player to score against Chelsea since Mesut Ozil’s goal in September after the Tottenham midfielder broke the deadlock with powerful strike in the 11th minute.

Antonio Conte’s side managed to respond on the stroke of half-time through Spain international Pedro Rodriguez after the former Barcelona man curled a finish past Tottenham number one Hugo Lloris.

And Costa posed for a selfie with Chelsea’s man of the match Moses which the Chelsea midfielder posted on his Instagram story.

Chelsea will make the trip to title rivals Manchester City in their next Premier League game next weekend.