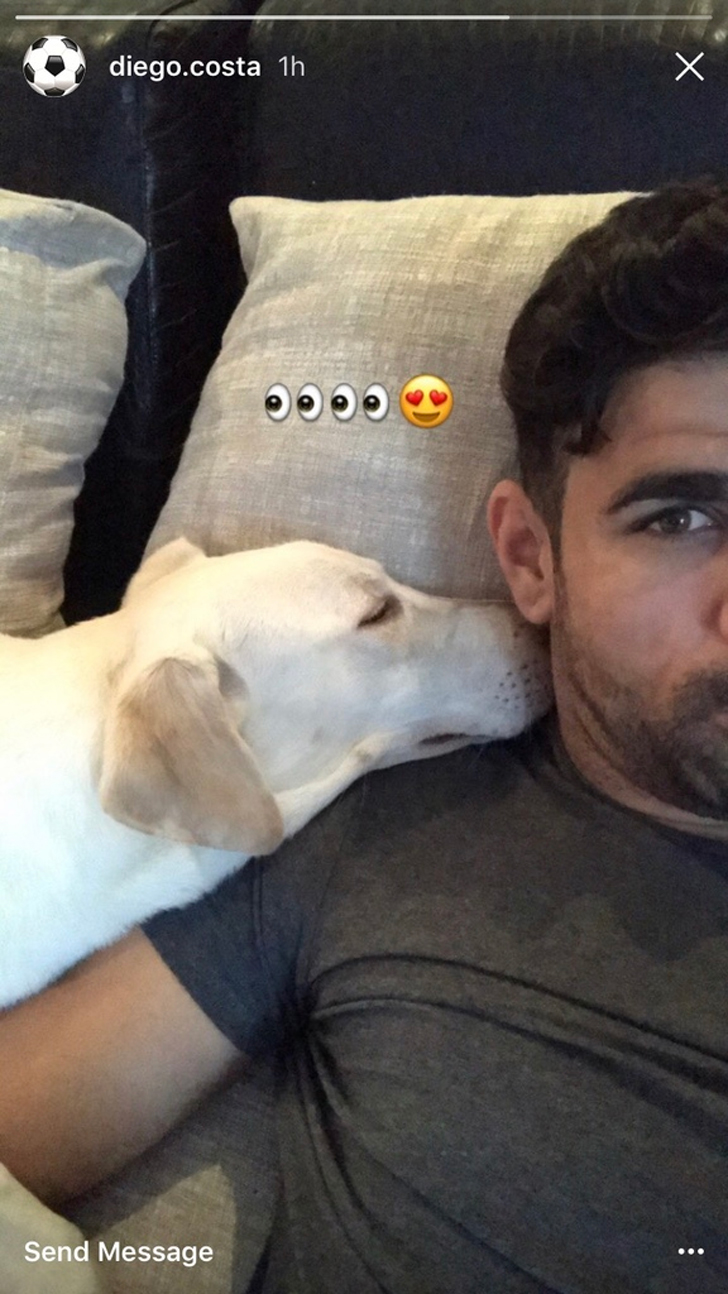 Diego Costa relaxed with his dog as the Chelsea striker recharged his batteries ahead of their trip to Manchester City next weekend.

The Blues returned to the summit of the Premier League on Saturday evening after Liverpool had temporarily knocked Antonio Conte’s side off top spot.

Costa has scored 10 times in 13 Premier League appearances in 2016-17 season so far after rekindling his best form under the new Chelsea manager.

The Spain international and his Blues team-mates will face their sternest test since the start of their seven-game winning run next weekend at The Etihad.

However, Costa wasn’t concerning himself with the upcoming fixture as he posted the above photo on his Instagram story as he relaxed with his dog on Monday afternoon.

Chelsea are a point ahead of second place Liverpool in the Premier League title race.