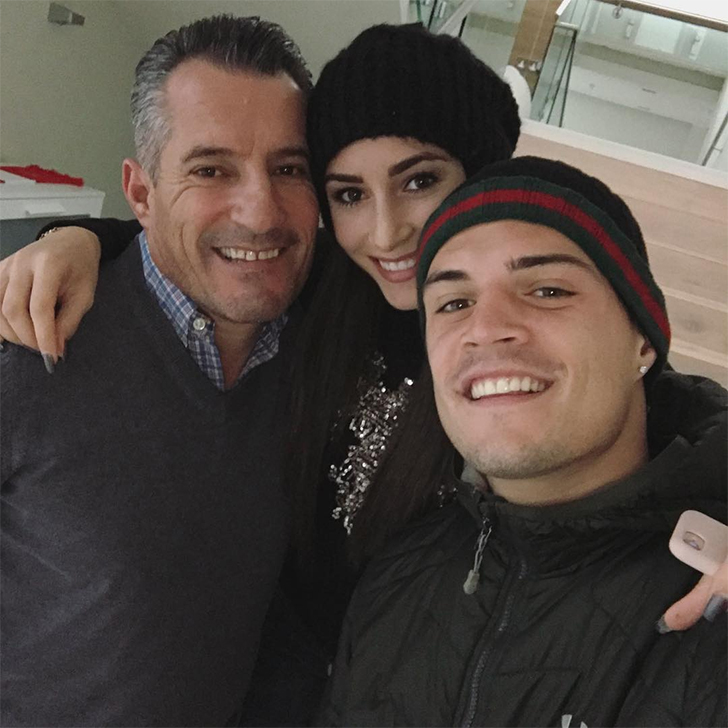 The Arsenal midfielder snaps a selfie with his fiancee and his father Photo: Granit Xhaka/Instagram

Granit Xhaka relaxed with his beautiful fiancee and his dad as the Arsenal midfielder made the most of some family time ahead of the visit of Paris Saint-Germain in the Champions League on Wednesday night.

Xhaka was a second-half substitute in the north London side’s 1-1 draw with Manchester United at Old Trafford on Saturday afternoon as Olivier Giroud cancelled out Juan Mata’s opener.

Arsenal are in fourth place in the Premier League table and three points adrift of leaders Chelsea after Antonio Conte’s side were 1-0 winners against Middlesbrough at the Riverside Stadium on Sunday.

Arsene Wenger’s side have the chance to seize control of the race to finish in top spot in Champions League Group A when PSG make the trip to the English capital on Wednesday night.

But Xhaka was forgetting about football and making the most of time with his fiancee Leonita and his father ahead of the big European game at the Emirates Stadium.

Xhaka posted the above photo and wrote the following caption on his Instagram page: