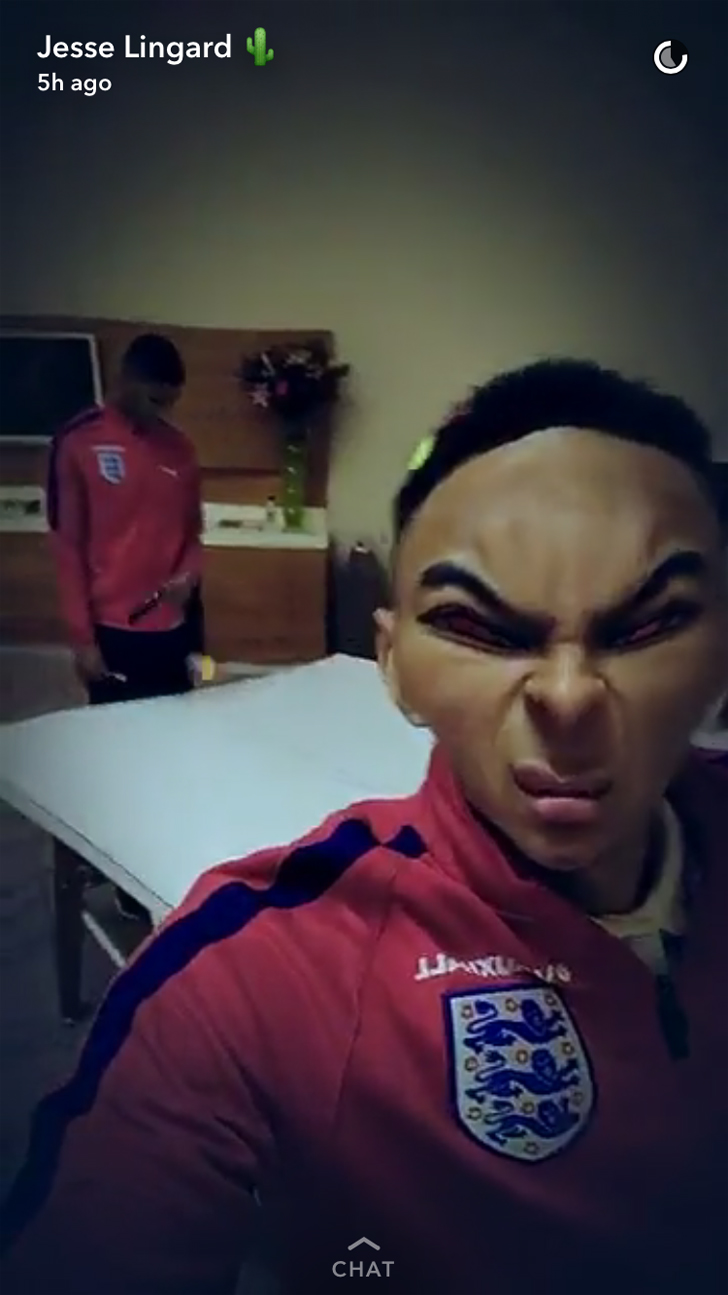 Jesse Lingard looked to scare the wits out of his Manchester United team-mate Marcus Rashford as the England pair killed some time ahead of this week’s 2018 World Cup qualifier against Scotland.

The Red Devils squad had plenty to celebrate after Manchester United were 3-1 winners against Swansea City at the Liberty Stadium on Sunday afternoon.

Paul Pogba broke the deadlock in the first half before Zlatan Ibrahimovic scored twice before half-time to seal three points for Jose Mourinho’s side.

Gareth Southgate’s side will face British rivals Scotland at Wembley on Friday night as the Three Lions look to maintain their unbeaten record.

England will then host 2010 World Cup winners Spain in a friendly at the home of English football next Tuesday night.

And Lingard killed some time in the England camp with his Manchester United team-mate Marcus Rashford ahead of the battle of Britain later this week.

The Red Devils midfielder used a Snapchat filter to adopt a scary face for his video on his account (@JesseLingard) as he gave supporters an insight into life in the England camp.