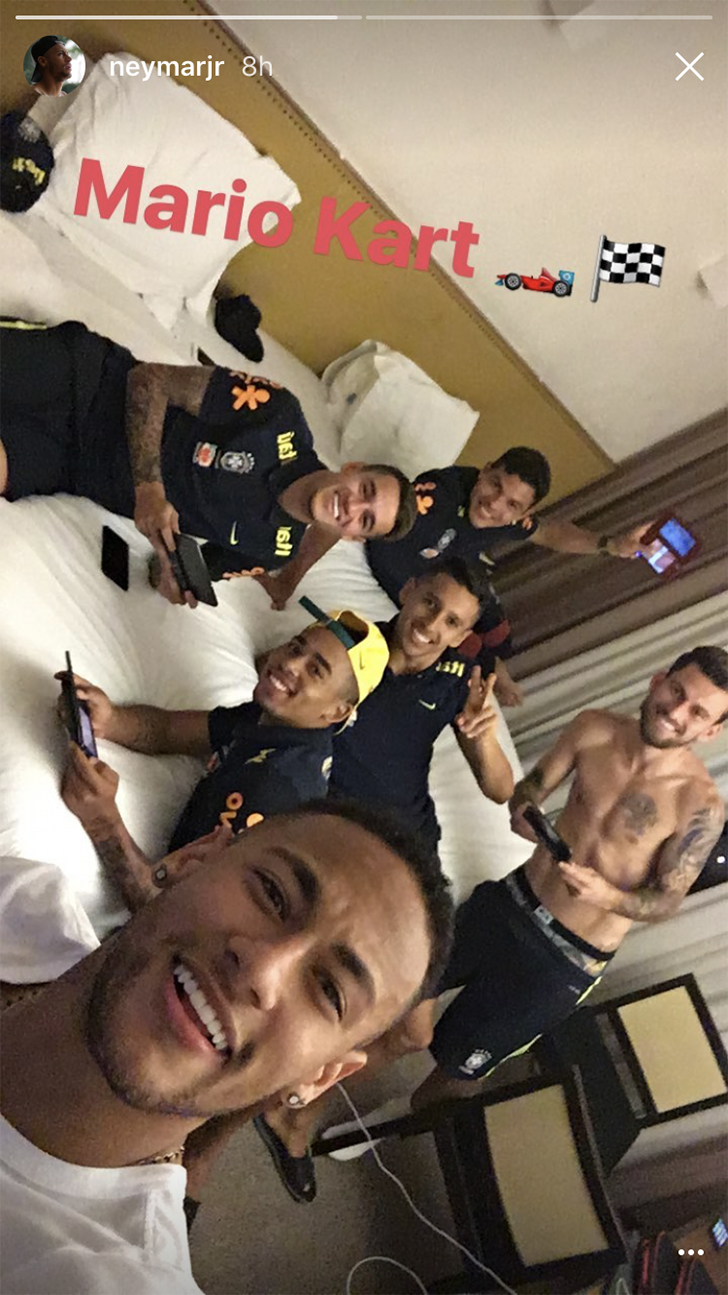 Philippe Coutinho was all smiles with Barcelona striker Neymar as some members of the Brazil squad snapped a selfie on Saturday night.

The Liverpool midfielder scored his national team’s opening goal in their 3-0 victory over bitter rivals Argentina in their 2018 World Cup qualifier in Belo Horizonte on Wednesday night.

Coutinho has made a superb start to the 2016-17 season and the Liverpool midfielder has scored five times in 11 Premier League appearances for Jurgen Klopp’s side.

The Reds star has also made five assists for his Liverpool team-mates to help the Merseyside outfit secure top spot in the Premier League table.

Coutinho has been linked with a move to La Liga giants Barcelona in recent weeks as the Liverpool star continues to establish himself as one of the Premier League’s biggest stars.

And Liverpool supporters will be left sweating on their star man as Neymar snapped an Instagram selfie with Coutinho as the Brazil squad played some Mario Kart on Saturday night.

The Reds will make the trip to Southampton in their next Premier League.