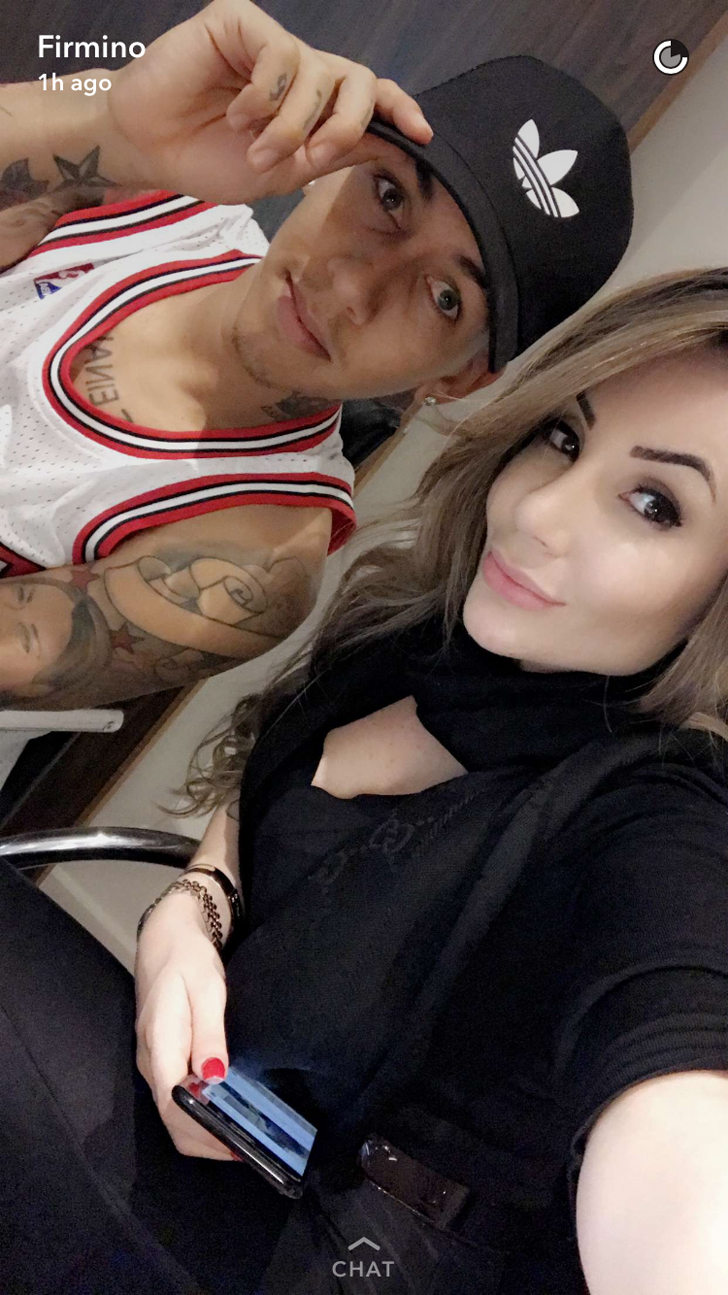 Roberto Firmino was all smiles with his wife despite the forward’s injury concern after Liverpool’s 2-0 win against Sunderland.

The Brazil international was forced off in the closing stages of Liverpool’s comfortable win against the Black Cats at Anfield on Saturday afternoon.

Liverpool manager Jurgen Klopp confirmed that Firmino’s injury doesn’t appear to be serious ahead of their EFL quarter-final clash against Leeds on Tuesday night.

And Firmino, who has scored five times in the Premier League this season, was remaining upbeat as he posed for a selfie with his Brazilian wife Larissa which the forward posted on his Instagram story.

Liverpool eased to a 2-0 win against Sunderland courtesy of Divock Origi’s close-range finish and James Milner’s added-time penalty at Anfield.

The Reds lost Philippe Coutinho to injury in the first half after the Brazilian appeared to suffer a serious knock to his ankle.

Liverpool will make the long trip to Bournemouth in their next Premier League fixture at the Vitality Stadium next Sunday.