The Arsenal defender has some presents for Germany supporters 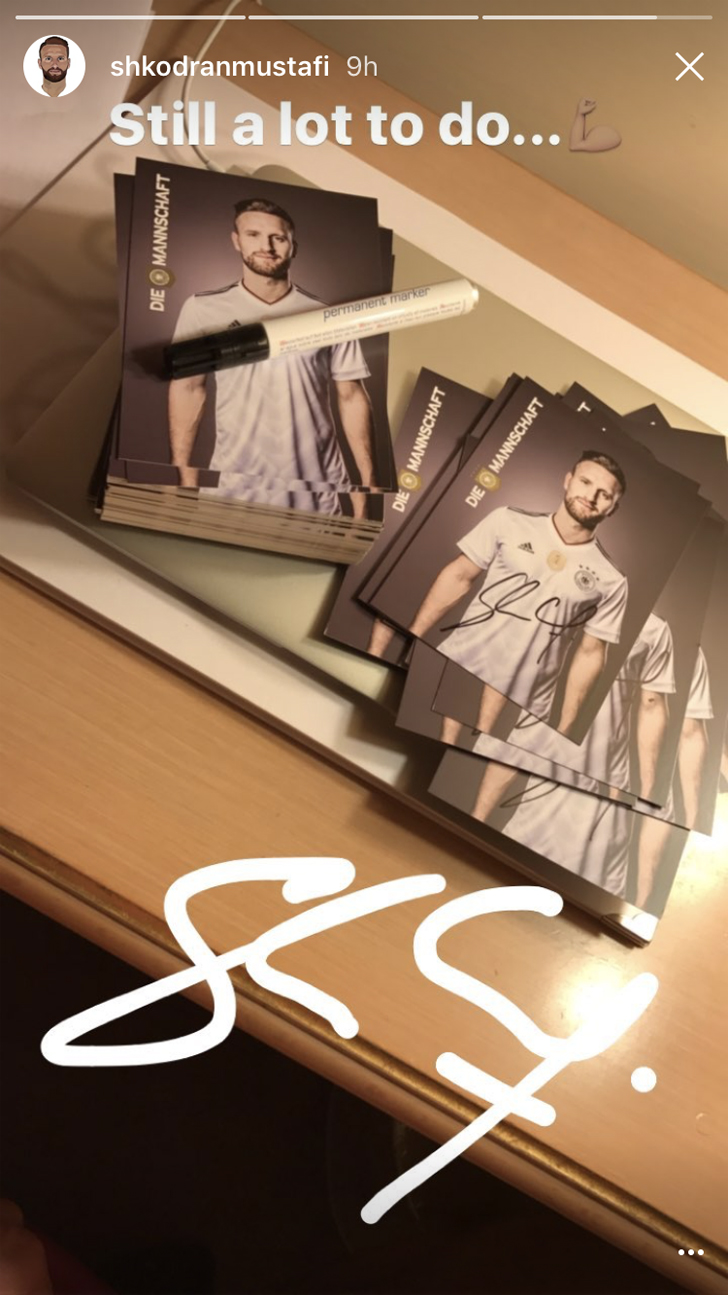 Shkodran Mustafi was putting pen to photo on Thursday afternoon as the Arsenal defender signed photos of himself for Germany supporters.

The Gunners centre-half has proven a hit with the Arsenal supporters since his summer move to the Emirates Stadium from La Liga side Valencia.

Arsene Wenger parted with £35m to secure Mustafi’s signature ahead of interest from some of their European rivals in the final weeks of the transfer window.

The 24-year-old defender is currently on international duty with Germany as the summer arrival takes a break from Premier League football for a week or so.

And the Arsenal revealed his off-field workload on his Instagram story on Thursday night as Mustafi autographed some photos of the German defender.

The German defender has started eight Premier League games since his big-money move to Arsenal from Valencia in August.

The Gunners will make the trip to bitter rivals Manchester United in their next Premier League game at Old Trafford on Saturday 21 November.