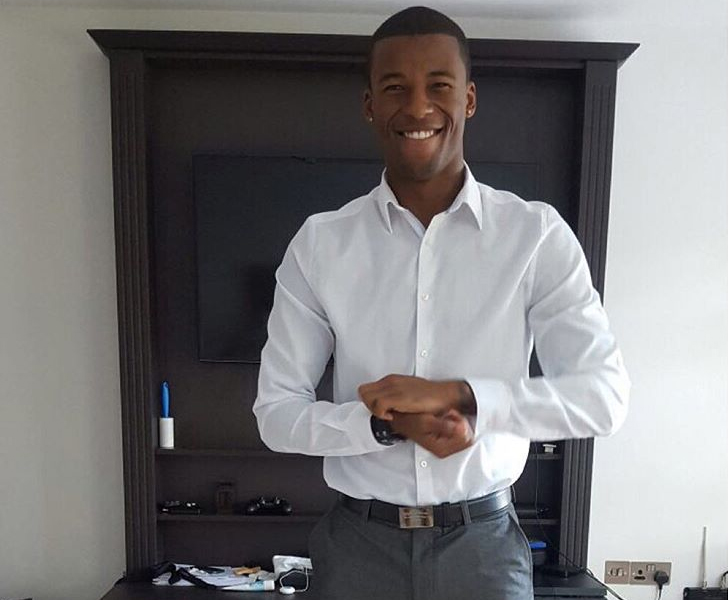 Georiginio Wijnaldum was looking sharp as the Liverpool midfielder celebrated his 26th birthday on Thursday afternoon.

The Reds star is currently on international duty with the Netherlands squad after an impressive start to his Liverpool career.

Wijnaldum was part of the Dutch side that played out a 1-1 draw with Roberto Martinez’s Belgium outfit on Wednesday night.

Liverpool supporters will be hoping that Wijnaldum can come through the international break unscathed after he picked up a hamstring injury represented the Oranje in October.

The summer signing appeared in high spirits as he posted the above photo on his Instagram page and wrote the following caption:

Liverpool are sitting at the top of the Premier League table thanks to a 6-1 win against Watford in their last top-flight outing.

Wijnaldum scored the Merseyside outfit’s sixth goal in their landslide victory over the London side at Anfield.

The 18-time English champions will make the trip to Southampton in their next Premier League fixture on Saturday 19 November.