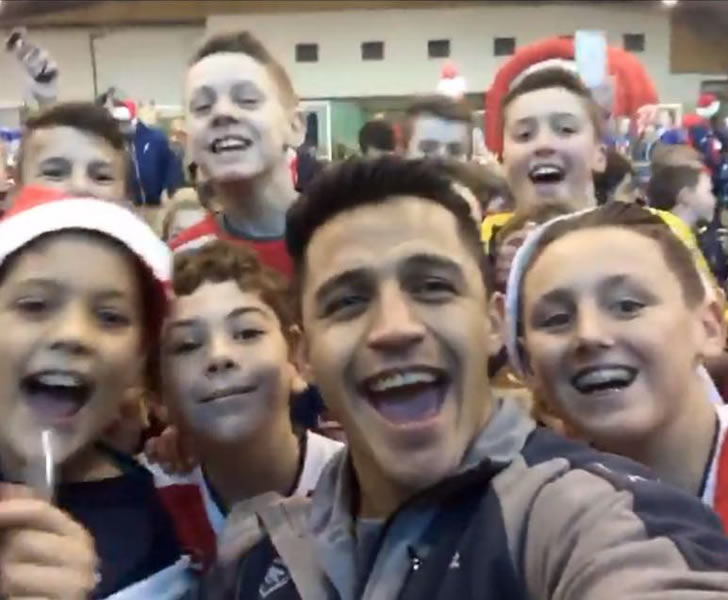 Alexis Sanchez looked delighted to be spreading some Christmas cheer amongst some young Arsenal fans in the build-up to the big day.

The Chile international was among the Arsenal stars present at the Junior Gunners Christmas Party at the north London club’s training ground last week.

More than 100 lucky Junior Gunner winners were picked at random and invited to attend the party at Arsenal’s Training Centre – London Colney.

The sports hall was packed with a range of fun, festive activities and the young supporters were given the chance to get stuck in and mingle with some their heroes.

Sanchez was among the Arsenal stars involved and looked to be in high spirits as he snapped the selfie above with some of the club’s young fans.

The 28-year-old will be expecting to start for Arsenal when the Gunners take on West Brom at The Emirates in their Boxing Day clash on Monday afternoon. 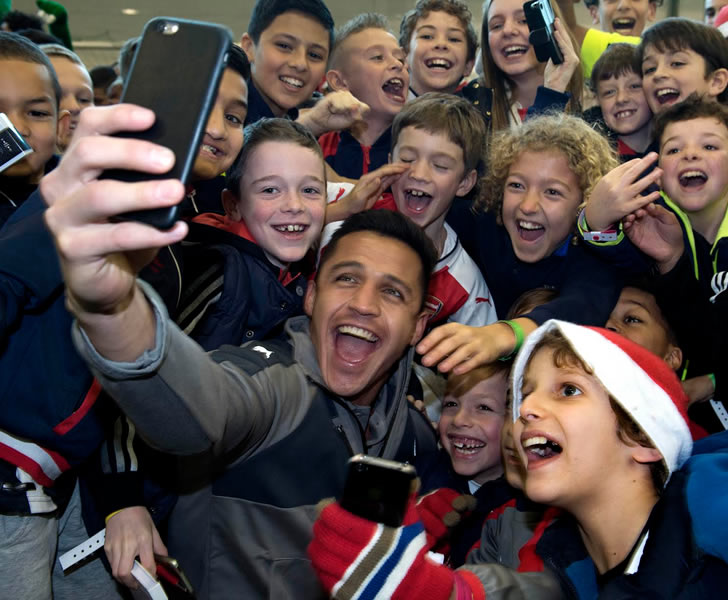 Arsenal have lost their last two games in the Premier League 2-1, to Everton and Manchester City, to leave them nine points behind leaders Chelsea.

Phil Jones: This is what it’s like playing for Jose Mourinho at Man United